A probe, led by Inspector General of Registration, has been instituted into suspicious financial transactions involving five people in Sringeri, announced Revenue Minister R. Ashok in the Legislative Assembly. “The report will be submitted in a month,” he informed the House.

Earlier, the Sringeri taluk Sub-Registrar had flagged the issue of transfer of government money to private accounts and misuse of office for illegal transactions in his letter written on January 13 to the Chief Secretary. He had pointed out that it may not be a one-off case and needs a larger probe into possibly a larger network.

H.S. Cheluvaraju, the Sub-Registrar, in his complaint to the Chief Secretary, had sought an investigation against B.G. Prasanna, resident of Sringeri, H.N. Kiran and P. Nethravathi, computer operators at the Sub-Registrar office in Sringeri, and two officials at the Sringeri taluk Treasury Office.

The Sub-Registrar narrated several incidents that prompted him to suspect the transactions. Prasanna registered a document by paying a fee of ₹5.32 lakh through a challan from Canara Bank in Sringeri in October 2020. The Sub-Registrar received the success report as the amount was credited to Khajane-2 software of the Treasury Department.

However, a few days later, when the officer reviewed the transactions of the whole month, he noticed that the particular transaction had failed. The money was not credited. When the officer brought this to the notice of the bank, another challan was produced to make the payment. “How could the money once credited to the treasury account return?” he wondered. Interestingly, when Prasanna had met the officer seeking appointment for the registration, he had said that he would be registering the property, whose guidance value was ₹18 lakh, at ₹25 lakh. However, later, he registered the document for ₹80 lakh, paying a higher fee. Upon verification, the Sub-Registrar noticed that ahead of the document registration, Prasanna’s bank account was credited with a huge sum from three persons in Anantapur in Andhra Pradesh. Mr. Cheluvaraju suspected that a huge network of people must behind these transactions.

The officer also noticed suspicious financial transaction of Prasanna from an account in Bagalkot. He suspected the role Yamunappa, a native of Bagalkot, working as First Divisional Assistant at the Sub-Treasury in Sringeri.

He suspected the role of the two computer operators in his office, appointed through an outsourcing agency. Kiran and Nethravathi get a monthly payment of ₹10,000. However, they have multiple bank accounts, with many transactions. A complaint was filed against them on charges of registering a government property in the name of their friend. “Both own properties disproportionate to known sources of income. I have written to the department recommending their dismissal,” he said.

Besides, the officer noticed suspicious transactions related to documents registered in July 2020. He had consulted the Deputy Treasury Officer of Sringeri in this regard. However, there had been no proper enquiry into the transactions. Citing these issues, Mr. Cheluvaraju had also sought an enquiry into the officer in-charge of the Treasury Office in Sringeri those days.

Earlier, when he was Sub-Registrar in T. Narasipur, he had complained to the government about similar developments in departments. “The government should probe the officers of Stamps and Registration, Treasury Department and Banks by the central crime branch and save the government money,” he wrote in the letter to the Chief Secretary. 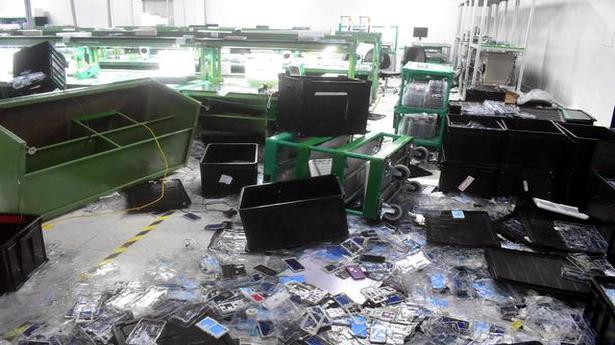 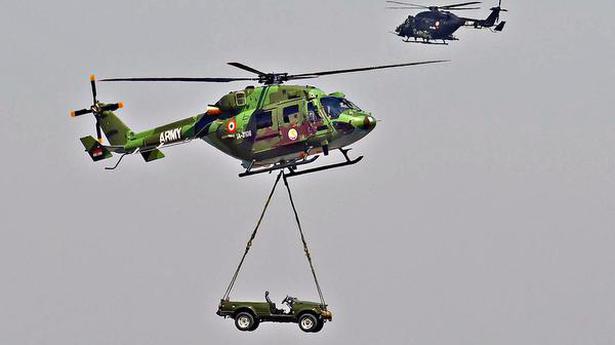 13th edition of Aero India from February 3 to 7