Invoking sedition against 22-year-old green activist Disha Ravi, just days after politician Shashi Tharoor and six noted journalists were booked, flags a fundamental infirmity in the sedition law. Police officers cursorily reading Indian Penal Code’s Section 124A are quick to slap sedition on those whose actions and words incite opposition to the government. The guard rails imposed by the Supreme Court, requiring direct and immediate incitement to violence to qualify as sedition, have had no effect.

The zeal to invoke sedition brooks no meaningful opposition – in other words dissent – against any state or central government. Indeed, flawed application of sedition disregarding SC strictures qualifies for invoking contempt of court, if not outrightly quashing this archaic provision from the era of kings and colonial rule. SC must also take note of sedition cases spiking year-on-year from 35 in 2016 to 70 in 2018 and 93 in 2019. No less egregious is a concurrent trend of wielding the anti-terror Unlawful Activities (Prevention) Act (UAPA) against political activists.

Its unique provisions forbidding judges from granting bail where the case diary/ chargesheet show “reasonable grounds for believing” the accusations as “prima facie true” deny accused persons the usual grounds for bail. If trials were speedy, such provisions could have been countenanced. But NCRB data reveals 5,922 UAPA arrests between 2016 and 2019 against a mere 132 convictions. At 2019’s start, 3,908 UAPA cases were pending investigation from previous years in which police filed 257 chargesheets in 2019. Meanwhile, against 1,876 cases pending trial from previous years and 485 cases sent for trial in 2019, courts completed trial in just 113 cases, with a 29% conviction rate. Such a glacial pace with no prospect of bail heightens the injustice towards pretrial/ undertrial prisoners and those ultimately acquitted. In UAPA cases of political activists with no apprehensions of them absconding, bail not jail must be preferred.

Gendered lens in the climate crisis 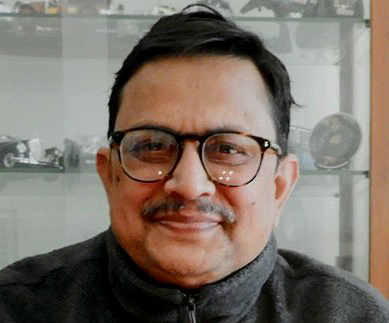