The Directorate General of Civil Aviation (DGCA) and the Airports Authority of India (AAI) have initiated the process to resume operations of wide-body aircraft at the Calicut International Airport with the Aircraft Accident Investigation Bureau (AAIB), which probed the Air India Express crash last August, suggesting only minor changes in the functioning of the airport.

Sources said the DGCA and the AAI would still have to make some assessments even though the report mentioned that the table-top runway surface characteristics were satisfactory. The AAI had managed to fulfil International Civil Aviation Organisation and DGCA certification requirements at the airport for certain critical areas such as Runway End Safety Area (RESA), runway lights, and approach lights.

Besides, major airlines such as Air India, Emirates and Saudia (Saudi Arabian Airlines), which had earlier secured no-objection certificate for operating wide-body aircraft, would also have to make their assessment in connection with safety risk and sticking to the Standard Operating Procedures (SOP), the sources said.

The operation of wide-body aircraft has remained suspended after the Air India Express flight crash on August 7, 2020 that killed 21 people and injured more than 75 passengers.

In its 281-page report, the AAIB said the probable cause of the accident was the non-adherence to SOP by the Pilot Flying (PF) who had continued an unstabilised approach and landed beyond the touchdown zone, half way down the runway, in spite of ‘Go Around’ call by Pilot Monitoring (PM).

This apart, other contributory factors included the Deputy Air Traffic Controller changing the runway in use in a hurry to accommodate the departure of an Air India flight bound for Delhi without understanding the repercussions of the Air India Express landing in tail winds on a wet runway in rain.

The ill-fated aircraft had missed the approach on the first landing attempt on runway 28 but overshot runway 10 in the second attempt.

The report also pointed out the absence of the Tower Met Officer (TMO) in the Air Traffic Control (ATC) tower when the airfield was under two concurrent weather warnings at the time of the accident.

Although not directly contributing to the accident, the report said the availability of runway centreline lights would have certainly enhanced spatial orientation of the pilot in command.

As Calicut airport has hilly terrain and experiences extended adverse weather conditions, the AAIB has recommended installation of an approach radar.

Since the accuracy of reported surface winds for runway 10 was affected by non-standard installation and poor maintenance, it also recommended installation of sensors for measuring surface winds as per the specifications mentioned in the DGCA’s civil aviation requirements. 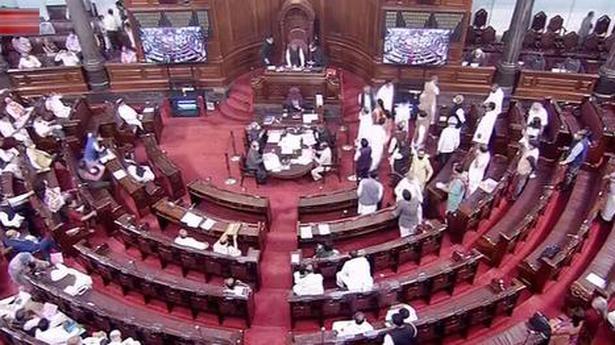 Election to three Rajya Sabha seats from Kerala on April 12