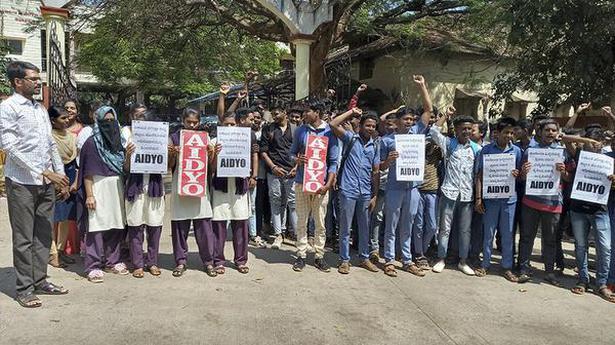 The protestors gathered in front of the office of the Deputy Commissioner of Dharwad and raised slogans seeking immediate withdrawal of the government order asking the students to pay the fees within a day.

Addressing the protesors, district president of AIDYO Bhavanishankar said that on February 2, 2019, the Directorate General of Training (DGT) had issued an order (No:DGT-18024/03/2020-TTC) cancelling the first year examinations for students of various ITI courses and promoting first year students to second year without any examination.

However, on Monday (February 15), the State government issued an unilateral order asking the students to pay the examination fee within a day, which was highly undemocratic and condemnable, he said.

The decision of the government had shocked the students who were being forced to arrange for fees in a day’s time. This apart, the decision to hold the examination in the first week of March was another shock to the students, he said.

Mr. Bhavanishankar said that during the lockdown and post-lockdown period, the students faced difficulties in understanding the subjects and the sudden decision to hold examinations was highly condemnable.

He urged the department to take steps to promote first year students to second year as per the earlier DGT order and withdraw the notification issued for payment of examination fee.

The protestors subsequently submitted a memorandum addressed to the Commissioner of Department of Industrial Training and Employment through the Deputy Commissioner. 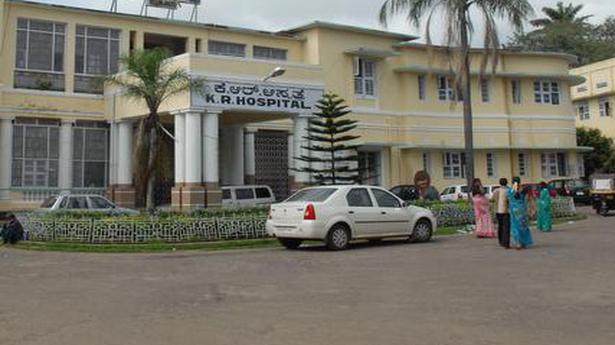