The Social Justice Department had in 2018 submitted a ₹3.50-crore proposal to the government suggesting to equip the Kottayam Medical College to hold SRS on a pilot basis and then to expand it gradually to all government medical colleges.

Even as the LGBTQ community is up in arms over the death of a transwoman in Kochi allegedly owing to complications following the Gender Affirmative Surgery, commonly known as Sex Reassignment Surgery (SRS), a proposal to conduct such surgeries in government medical colleges continue to gather dust.

The Social Justice Department had in 2018 submitted a ₹3.50-crore proposal to the government suggesting to equip the Kottayam Medical College to hold SRS on a pilot basis and then to expand it gradually to all government medical colleges. It would have freed the community from the clutches of private hospitals, which alone now conducts such surgeries.

“Though the Social Justice Department has increased the SRS assistance to the transgender community from a uniform rate of ₹2 lakh in 2018 when it was started to ₹5lakh for transmen and ₹2.50 lakh for transwoman from last year, it didn’t help the community much as private hospitals increased the rate proportionately,” said Social Justice Department sources. This was in addition to ₹3,000 a month for a year for post-surgery convalescence.

However, the assistance for the surgery in reimbursement mode is accused of defeating its very purpose. “That would have been defensible if the community was really empowered and could negotiate with the hospital managements from a position of strength, which is not the case. The horrors the community is pushed into to mobilise the resources for the surgery are beyond description,” said academic-activist J. Devika who has always batted for the community.

She also said that it is high time to facilitate Gender Affirmative Surgery, as she found the term SRS an affront, in government facilities. “We already have plastic surgeons who could be given advanced training or expert hands should be hired,” said Ms. Devika.

Greeshma Saji, the counsellor at the transwomen shelter home in Kochi, said that the emotional trauma that transpeople undergo in pursuit of a successful surgery is immense pushing them to the brink. “The death of Anannyah Kumari Alex reportedly owing to the post-surgery complications has instilled fear among the inmates, both who have undergone surgery and are about to do it,” she said.

Psychiatrist C. J. John said that continued emotional and mental health support should be extended to those undergoing the surgery before and after it. “Also, there should be a regulatory mechanism for overseeing the surgery. The body of experts should clear the surgery and ensure compliance with the protocol. This will also help to replace the disbursement mode of assistance and facilitate advance release of funds to hospitals sparing the community of the hardships of mobilising the resources,” he said. 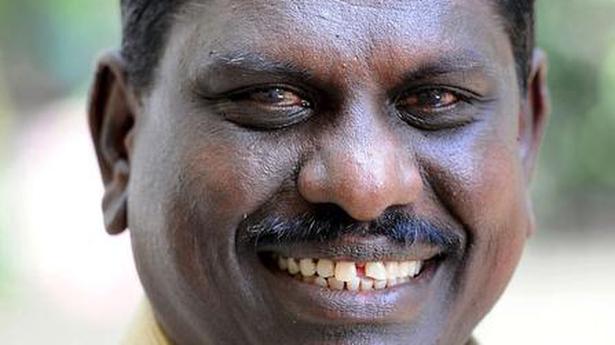 Coir industry being brought back to its glory: Minister A different protest for justice