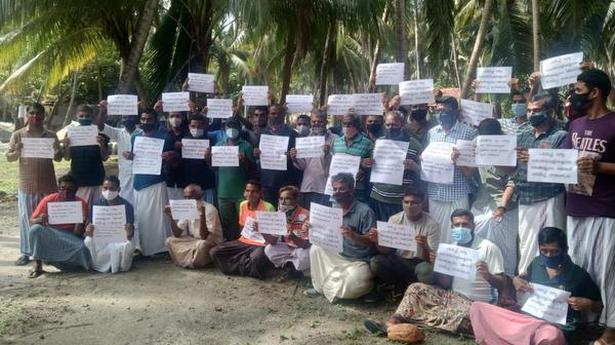 
On a day when hundreds of contract workers and casual labourers across departments who lost their jobs protested against the Lakshadweep administration, a cadre review committee recommended abolition of several existing posts in various departments.

The posts of translator (Malayalam) and translator (Mahl), a variant of which is spoken on the Minicoy island), should be abolished when the posts fall vacant in future, the committee recommended.

It also recommended merging panchayat department with rural department “to derive maximum benefit by sharing the common pool of staff.”

Several islands of the union territory witnessed protests by people who were rendered jobless. Prem Nazir, 45, who was a technician with Lakshadweep Development Corporation Ltd. (LDCL) for 15 years, told The Hindu that he was expecting that someday his post would be regularised when all of a sudden he lost his job. “I was earning ₹11,000 a month, but now I am forced to rely on a small business, an electric shop, for steady income. The COVID lockdown has hit that too,” he said from Kavaratti.

Tightened curbs in Kannur for next two days