Protest is brewing against the alleged neglect of the Shanghumughom road that has been in a state of disrepair for months.

The district administration and the Public Works Department had barricaded the road leading to the domestic terminal of the Thiruvananthapuram International Airport a few months ago after more portions of the road caved in following sea erosion.

Alleging negligence on the part of the government to the hardships faced by local residents and motorists, social activists Madhu Nair and Elias John are set to observe a fast outside the Secretariat on Saturday demanding urgent steps to rebuild the road.

They accused the government of failing to pay heed to warnings raised since 2017. Instead of adopting steps to protect the remains of the road, it was left vulnerable to further damage.

Local residents, including the fisherfolk, have also been facing difficulties as road access has been cut off. Many have been forced to take longer routes to reach hospitals and other institutions.

The activists urged the government to construct a diaphragm wall along the entire beach similar to the one constructed on the southern side. The option of reconstructing the road by acquiring land on its eastern side that belonged to the air cargo complex should also be considered. 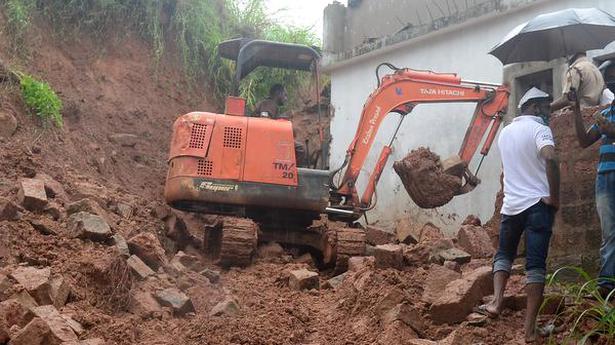 Certificate verification to be held