Lockdown-weary citizens made a beeline for parks and beaches after the State government opened the outdoor facilities to the public on Tuesday.

In April, the administration had declared public spaces off-limit for citizens to prevent gatherings after the Delta virus-driven second COVID-19 wave swamped the State somewhat belatedly.

The much-awaited return to the outdoors opened a lifeline for a large segment of citizens yearning for expansive spaces, nature, fresh air, sunshine and normality.

The return of people in sizeable numbers to public spaces was widely viewed as a precursor of the reopening of swimming pools, stadiums, gymnasiums, shopping malls, cinemas in the State.

Chief Minister Pinarayi Vijayan said he hoped children would soon return to campus they had missed longingly for nearly 18 months.

Last week, he said that the State had to live with COVID-19 till the pestilence fizzled out and became endemic. The State was racing towards the goal of total vaccination.

He had hinted that State might achieve more normality by mid-October if vaccination could blunt the severity of the pandemic.

The initial forecast suggests that the possible third wave might lack the severity of the first and second COVID-19 onsets.

The government has restricted lockdowns to neighbourhoods showing a weekly infection population ratio (WIPR) of above 8.

The government might institute a mobile phone-based e-health passport system for citizens seeking to access public facilities. Proof of vaccination or a recent RTPCR negative test result would suffice.

The government might also permit indoor dining in restaurants, patrons in bars and street food sales.

The moribund hospitality sector had told the government that it faced closure if not allowed to open urgently.

It might lift the current limitation of the number of passengers on public transport. 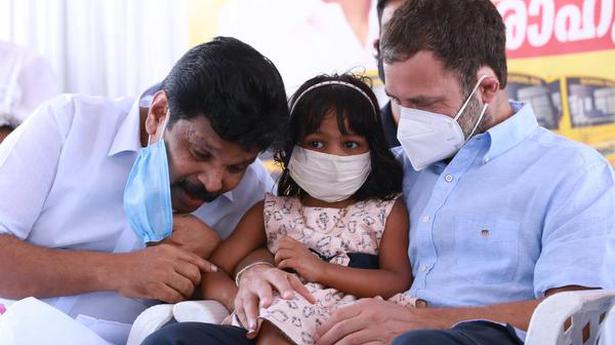