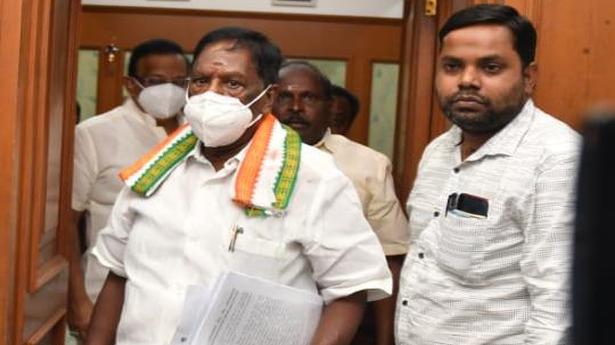 
The confidence motion moved by Chief Minister V. Narayanasamy was defeated on the floor of the House on February 22. Mr. Narayanasamy is heading to Raj Nivas to tender his resignation.

Moving the motion, the Chief Minister lashed out at former Lieutenant Governor Kiran Bedi, saying she had “conspired” against the government on matters including revenue generation. “Those rejected by people conspired to topple our government but we stayed firm due to our resilience,” he said.

A legislator each from the Congress and the DMK resigned from their posts on Sunday, leaving the Narayanasamy-led Puducherry government grasping at straws ahead of Monday’s trust vote in the Assembly.

In total, six MLAs, including five from the Congress, have quit, while a legislator from the national party was disqualified earlier.

The resignations have brought down the House strength to 26, with the ruling combine — the Congress (9), the DMK (2) and an Independent — having only 12 legislators. 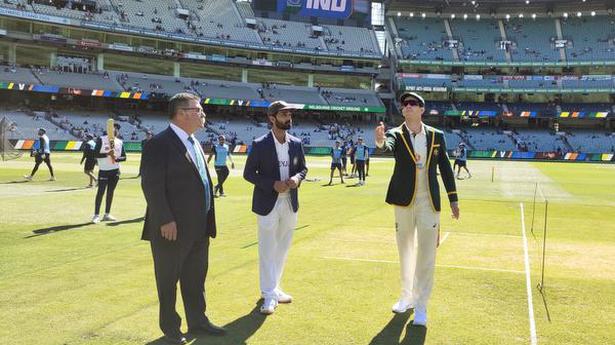