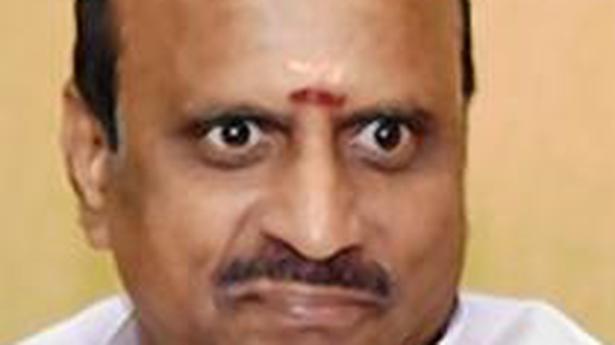 A legislator each from the Congress and the DMK resigned from their posts on Sunday, leaving the Narayanasamy-led Puducherry government grasping at straws ahead of Monday’s trust vote in the Assembly.

Shortly after K. Lakshminarayanan, Congress legislator representing Raj Bhavan and Parliamentary Secretary to the Chief Minister, submitted his resignation to Speaker V.P. Sivakolundhu at his residence, K. Venkatesan, representing Thattanchavady, became the first legislator from the ruling party’s ally, the DMK, to quit his post.

In total, six MLAs, including five from the Congress, have quit, while a legislator from the national party was disqualified earlier.

The resignations have brought down the House strength to 26, with the ruling combine — the Congress (9), the DMK (2) and an Independent — having only 12 legislators. The Speaker, from the Congress, can vote in a floor test only if there is a tie.

In the Opposition, the AINRC has seven legislators, the AIADMK four and the BJP three (all nominated MLAs).

‘No impact on floor test’

After tendering his resignation, Mr. Lakshminarayanan said his move would have no impact on the floor test, as the government had already been reduced to a minority. He said he resigned because he had not been given due importance in the ruling party.

He hinted that other parties had approached him, but he was yet to take a call.

In the space of a month, Ministers A. Namassivayam (who joined the BJP) and Malladi Krishna Rao and legislators Theepainthan, A. John Kumar and Lakshminarayanan quit their posts. Last year, the Congress suspended N. Dhanavelou for anti-party activities.

As a result of Sunday’s developments, the ruling dispensation’s position in the House has become all the more vulnerable. A defeat in the floor test is now a certainty, unless the votes of the three BJP nominated MLAs in a trust motion are disallowed on technical grounds, as is being demanded by the Congress.

The Chief Minister earlier claimed that the three nominated MLAs could not be considered as BJP members.

Though the three legislators — V. Saminathan, K.G. Shankar and S. Selvaganapathy — had earlier submitted a request to then Speaker V. Vaithilingam to recognise them as BJP members, no decision was taken on the matter. Following the death of Mr. Shankar, T. Vikraman was sworn in as a nominated MLA, and he, along with the other two legislators, was not recognised as a BJP member in the Assembly, Mr. Narayanasamy contended.

The Chief Minister said that for recognising a nominated MLA as a party member, he/she would have to sign several papers. But no papers were signed by the three. If a nominated member wanted to join a party, he/she should do so within six months of his/her appointment, he noted.

Radhika does a star turn for Wayanad 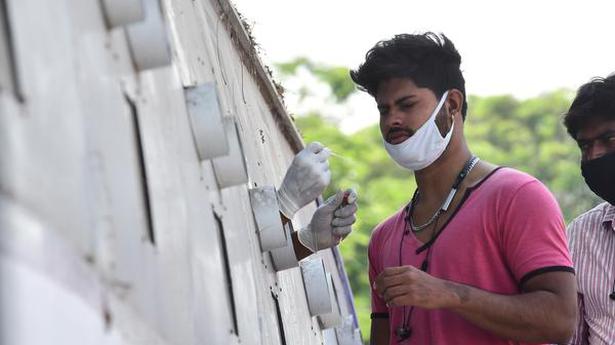