It comes down heavily on Punjab police for setting up team comprising only male members.

Coming down heavily on the Punjab police in an alleged case of rape of a 38-year-old widow by police officials, the Punjab and Haryana High Court observed that it was highly deplorable to see the insensitivity with which the police officials acted in constituting a Special Investigation Team (SIT) with “all-male members”.

Justice Arun Monga, hearing a petition by the victim apprehending bodily harm and tampering with the evidence, on May 25 directed the Punjab government through its Director-General of Police to constitute a new SIT.

Justice Monga said “the allegations and factual averments contained in the petition are so grisly and frightful, one can only hope, as is contended by the learned State counsel, that the same are fictitious.

“The State counsel argues that, in fact, a honey trap was laid by the petitioner, which later boomeranged on her. If that be not so, then it is a case which reflects the sordid state of affairs in Punjab police, particularly in the Crime Investigation Agency (CIA) at Bathinda. The very protectors-enforcers of law and order have turned into predators, making a young 38-year-old widow mother victim of their lust.”

The petitioner has alleged that her son, who was suffering from Covid-19 infection, was picked up by CIA police officials in broad daylight on May 6 from their residence, after the woman declined to succumb to the sexual favour sought from her.

The petition added that an FIR, allegedly a false one, was registered against her son under Narcotic Drugs and Psychotropic Substances (NDPS) Act by planting contraband on him so as to arm-twist the petitioner. Eventually, under duress to get her son released, she yielded to the sexual demands of the CIA staff.

Justice Monga added, “It is rather intriguing, given the nature of sensitive investigation, that no lady police official has been involved, which is even otherwise the requirement of law in cases of this kind. To say the least, it is highly deplorable to see the insensitivity with which the district police officials have acted in constituting the SIT having all male members.

“This Court is compelled to direct respondent State of Punjab through its Director General of Police to constitute a new SIT, which shall now be headed by Ms. Gurpreet Deo, Additional Director General of Police, in her capacity as Chairperson. The other two members who would assist her shall be Ms. D. Sudarvizhi, Senior Superintendent of Police, Sri Mukatsar Sahib and Ms. Prabhjot Kaur, Deputy Superintendent of Police, Budhlada, Mansa.” 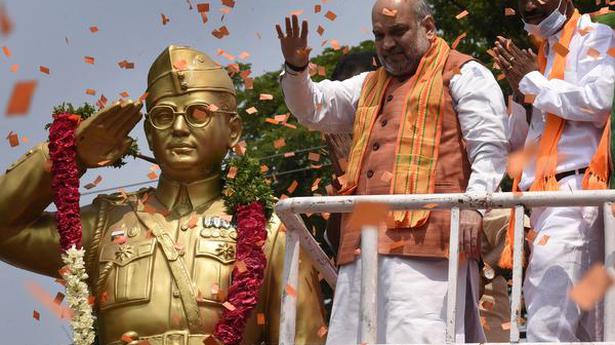 ‘Civic bodies have become financially weak due to political malice of govt.’