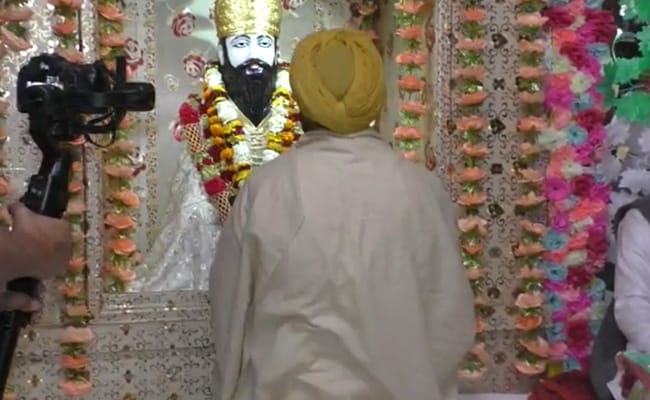 Three days before the crucial Assembly polls in Punjab, Chief Minister Charanjit Singh Channi today made a dawn visit to a temple at a village near Varanasi in Uttar Pradesh.

Mr Channi reached the Guru Ravidas Temple at Seer Goverdhanpur, birthplace of the 14th century social reformer and spiritual leader who is an influential icon for Dalits, early today.

Many other political leaders are expected to make a beeline at the temple later in the day.

At 4 am today, Mr Channi, Punjab’s first Dalit Chief Minister, reached the temple and said his prayers. He also participated in the kirtan at the temple during the 45-odd minutes he spent there. While evading questions on elections and politics, the Chief Minister met pilgrims visiting from Punjab and asked about their well-being.

“My best wishes to everyone on the occasion of Ravidas Jayant. I have come here to offer my prayers,” he said.

Every year, the village draws thousands of Ravidasis – an influential section among Dalits in Punjab – and political leaders looking to woo voters from the community.

Ahead of the 2019 general election, Prime Minister Narendra Modi had made a visit to the temple, located in a village right next to the Banaras Hindu University campus.

Prior to that, Delhi Chief Minister and Aam Aadmi Party leader Arvind Kejriwal visited the temple in the run-up to the 2017 Punjab election.

The degree of influence of the Ravidas community in Punjab politics can be gauged by the fact that all parties joined voices to demand that the polls be deferred after they were initially scheduled for February 14.

Pointing that pilgrims from the community would be visiting the Varanasi temple between February 10 and 16, Mr Channi had written to the Election Commission, “In such a situation, many people from this community would not be able to cast their votes for the state assembly, which is otherwise their constitutional right,” he stated.

The Prime Minister has announced that he will be visiting a Delhi temple to offer his prayers on the occasion.

President Ram Nath Kovind has also tweeted his wishes on the occasion.

“No Money Will Be Left Here, If…”: Maharashtra Governor’s Remarks Create Controversy 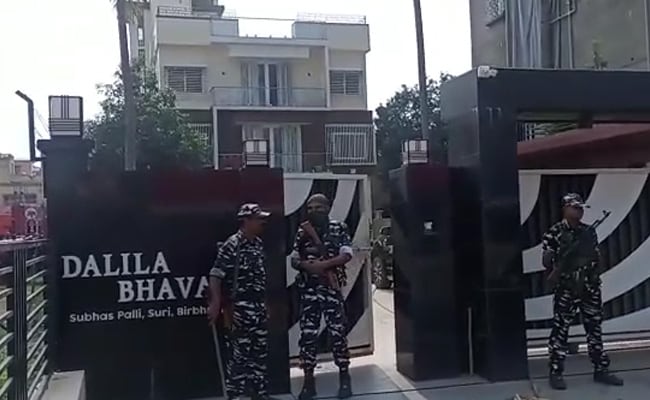 In Probe Against Bengal Ex-Minister, Property Dug Up In Tagore’s Town