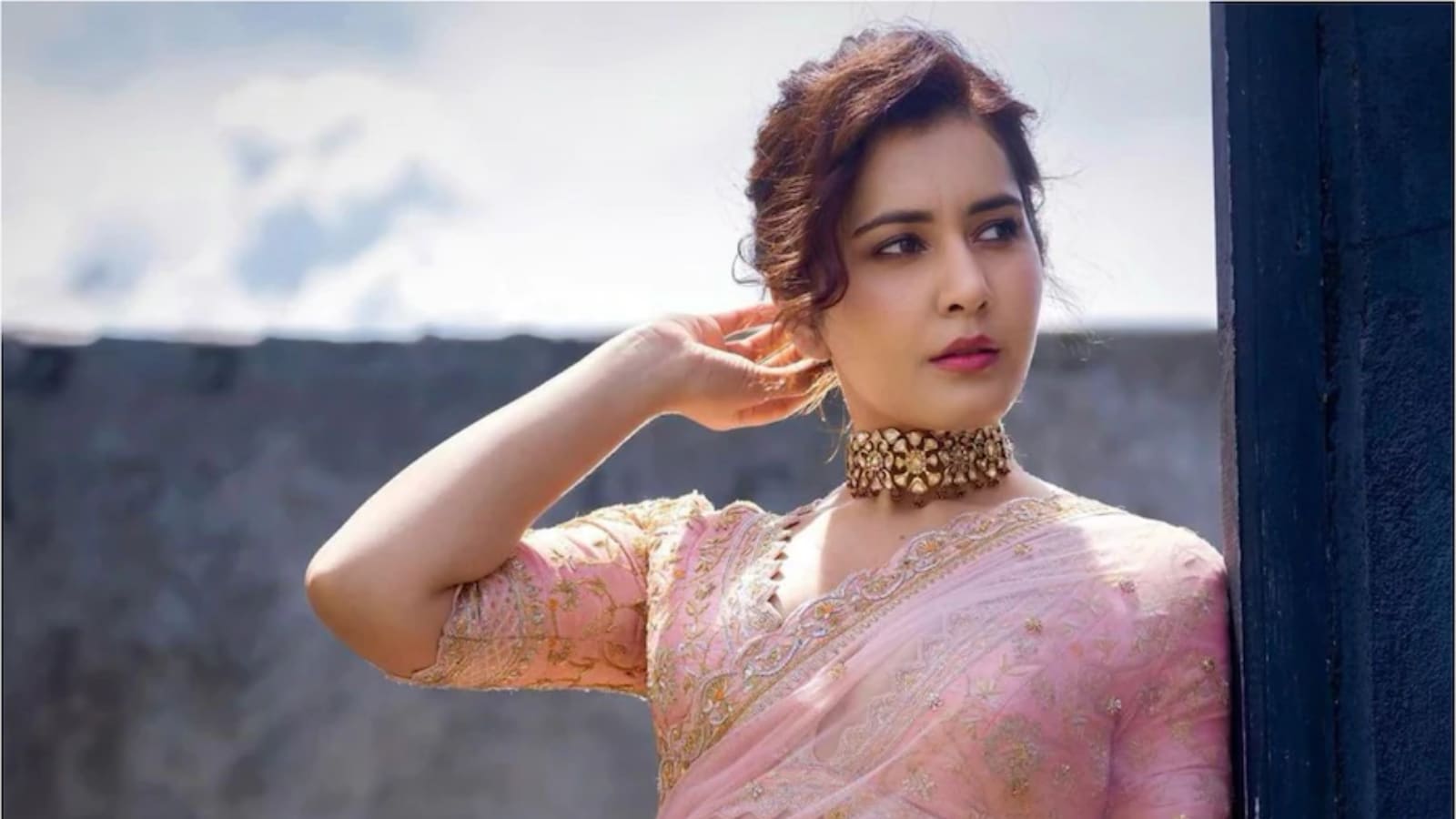 
Actress Raashii Khanna is a noted face in the Tamil and Telugu film industries. She made her debut as a female lead in 2014, with the Telugu movie Oohalu Gusagusalade and created a massive fanbase ever since. But apart from her acting skills, the 31-year-old actress is also quite famous for her sartorial choices. From rocking traditional wear to sporting western outfits, she nails it all.

Raashii is also quite active on social media and often shares updates on her whereabouts, trips, and photoshoots with her fans to stay connected with them. Recently, the diva left her admirers gushing over a streak of photographs from her latest movie promotion. She penned a caption along with her post: “You are only here for a short visit, be sure to smell the flowers along the way!”

In the photos, Raashii is seen donning a baby pink netted saree with golden detailing all over it. She paired the saree with a matching blouse. She chose nude makeup and opted for a messy bun. Her golden choker added an extra charm to her look, amping up the glam quotient.

Her post was showered with compliments from her fans. One of them wrote, “I have heard about seven wonders of the world and the 8th just showed up!” Another one said, “Beautiful in saree”. Many others showered red heart emojis in the comment section.

On the work front, Raashii was recently seen in director PS Mithran’s action spy film Sardar opposite Karthi. The movie received highly positive reviews from critics and it became a commercial success at the box office, grossing over Rs 100 crores.

Next, she will be seen in the Hindi-language action thriller film Yodha. The movie is directed by Sagar Ambre and Pushkar Ojha, and is produced by Karan Johar under the banner of Dharma Productions. The film also features Sidharth Malhotra and Disha Patani in the lead roles. Diwali 2022: Step-by-step Guide to Prepare Chirote, the Sweet and Flaky Snack from Maharashtra