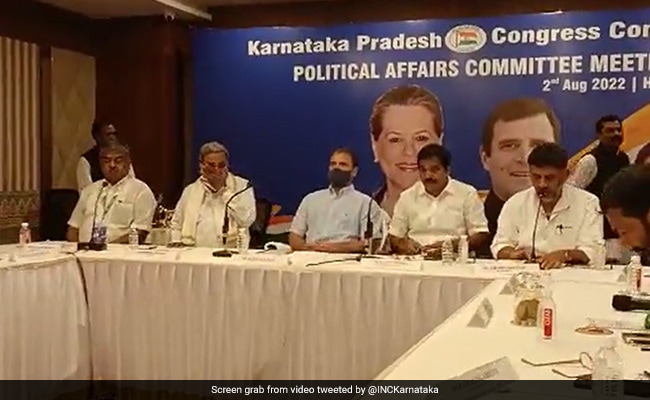 Rahul Gandhi held a key meeting with senior party leaders and urged the party unit to be united.

Amid rumblings in the Congress’s Karnataka unit less than a year ahead of the state elections, party leader Rahul Gandhi held a key meeting with senior party leaders and urged the party unit to be united and fight for the common cause of ousting the BJP in the upcoming elections. In the state to soothe nerves and project a united front, he also urged the party leaders not to discuss internal matters and leadership issues of the party on public platforms.

There have been fears that the party might implode ahead of the state elections if the rivalry between two leaders — legislature party leader Siddaramaiah and state president DK Shivakumar — over the chief minister’s post is not resolved.

“The entire leadership of Karnataka will join hands together and win Karnataka in the 2023 polls…..unknowingly or knowingly some statements are made here and there before the media. Don’t fall for that trap, party leaders should not speak in different voices inside or outside,” Rahul Gandhi said after the big meeting. The political affairs committee of the Karnataka Congress met on Tuesday for the first time after its constitution on July 9

Rahul Gandhi is also scheduled to take part in the 75th birthday celebrations of former Chief Minister and leader of opposition in the state, Siddaramaiah.

Siddaramaiah’s supporters have planned a grand celebration on his birthday, an apparent show of strength by his camp. The former Chief Minister’s AHINDA — Alpasankhyataru (minorities), Hindulidavar (Backward Classes) and Dalit — consolidation formula could dent rival BJP and JDS vote bases.

Though both Siddaramaiah and DK Shivakumar have overtly maintained that the chief minister will be decided by the party’s newly elected MLAs and the high command on gaining a majority in the polls, their loyalists and camp followers have been projecting their respective leaders, making things messy.

The grand birthday celebrations have been planned despite reservations from a section of the old guard which reportedly includes DK Shivakumar, who has said that he was opposed to the “personality cult” within the party.

However, All India Congress Committee (AICC) General Secretary KC Venugopal has claimed there was no infighting in the party for the top post and blamed the media for manufacturing news about the tussle between the two big leaders of the Congress.

While the tussle over the Chief Minister’s post has flared between two camps with leaders taking potshots at each other, a senior congress leader and former Karnataka Chief Minister Veerappa Moily pitched Congress leader SR Patil, a Lingayat, for the top post.

Mr Moily was asked to react to his comments and he said, “my comments were misinterpreted, and just like SR Patil we have many capable candidates for the CM post”. But when asked to choose between Siddaramaiah and DK Shivakumar, he dodged the question.

In an interview with NDTV, Siddaramaiah conceded that he aspired to become the Chief Minister in the event that his party comes to power.

“Yes. I aspire. But depends on the MLAs. We do not know. After the 2023 elections, newly elected MLAs will decide. But there is nothing wrong to aspire to become the CM. If DK Shivakumar wants to become the CM he can. The party high command has not yet decided on the CM candidate and there is still a long way to go for that,” he said.

Mr Gandhi also met the seer of Murugamutt in Chitradurga. Mr Gandhi’s visit to the prominent Lingayat seminary is significant, as the Lingayat community constitutes at least 17 per cent of the vote bank which is crucial to the BJP and has traditionally stayed with them. 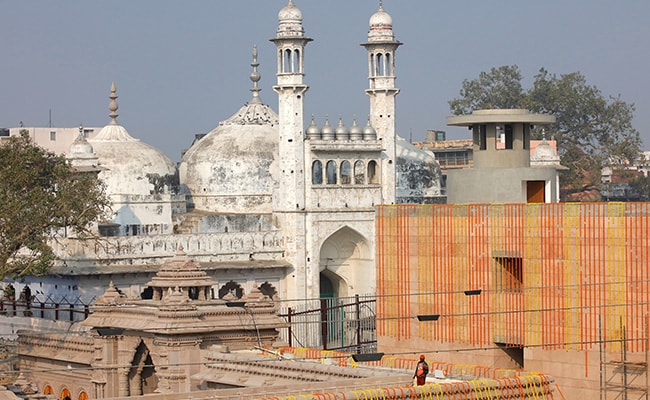