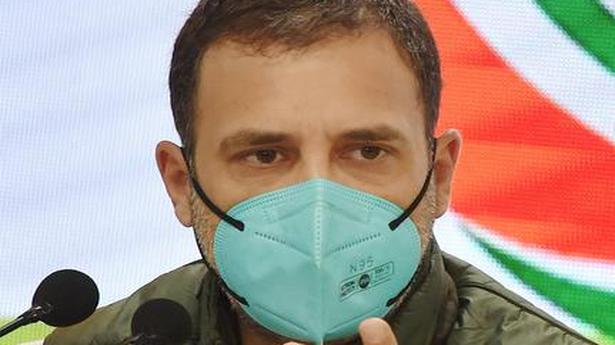 Former Congress chief Rahul Gandhi will be on a two-day visit to Rajasthan next week to raise his voice for farmers protesting the new agriculture laws, party general secretary Ajay Maken said on Saturday.

“To fight for farmers’ interests, to raise the voice of farmers in the struggle for the repeal of the three back laws, Rahul Gandhi ji will be in Rajasthan on February 12-13,” the AICC in-charge of Rajasthan said in a tweet in Hindi.

A ‘Kisan Mahapanchayat’ was held in Rajasthan’s Dausa on Friday in solidarity with the farmers camping on the borders of Delhi. The resolution passed at the meet reiterated the farmers’ demand for the repeal of the three new farm laws.

Speaking at the meeting, senior Congress leader Sachin Pilot said the Union government had not discussed the bills with State governments and farmers’ organisations before bringing them in Parliament.

“We will not step back till these demands are met,” the former Rajasthan Congress chief said.

Thousands of farmers have been protesting demanding the rollback of the Farmers’ Produce Trade and Commerce (Promotion and Facilitation) Act, the Farmers (Empowerment and Protection) Agreement on Price Assurance and Farm Services Act, and the Essential Commodities (Amendment) Act.

The protesting farmers have expressed apprehension that these laws would pave the way for the dismantling of the minimum support price system, leaving them at the “mercy” of big corporations.

However, the government has maintained that the new laws will bring farmers better opportunities and usher in new technologies in agriculture. 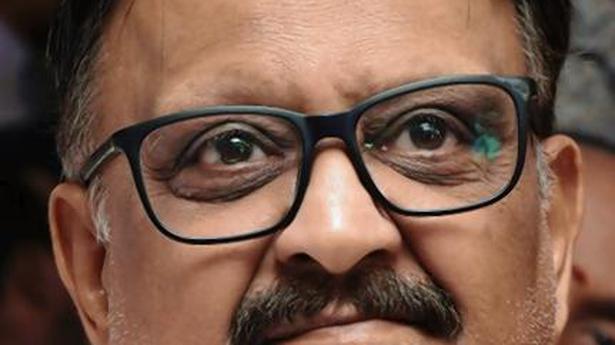