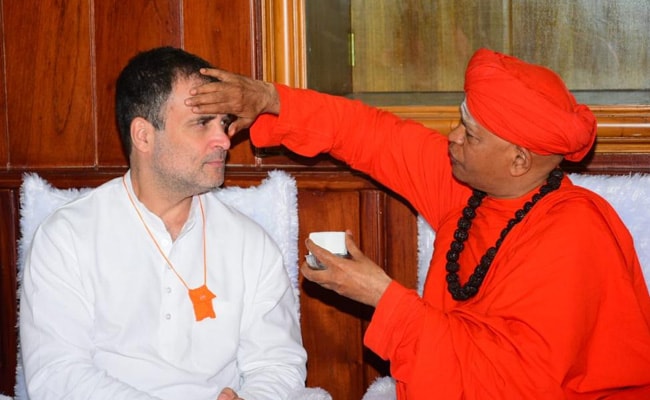 A seer at a Lingayat seminary in Karnataka today said Rahul Gandhi will be Prime Minister, until the head seer intervened and added a caveat to the blessing, sources said.

The Congress leader was meeting the seers at Sri Murugarajendra Mutt in Chitradurga when one of them, Haveri Hosamutt Swami, said in his address, “Rahul Gandhi will become the PM”, as per sources. At this, Sri Shivamurthy Murugha Sharanaru, president of the institution, is learnt to have interrupted and added, “Whoever visits our mutt, they be blessed.”

The Lingayats, about 17 per cent of Karnataka’s population, have traditionally been BJP voters. With Mr Gandhi’s visit to the poll-bound state, the Congress is hoping to broaden its appeal and project unity within the party too. The elections have to be held by May next year.

After being in power from 2013 to 2018, the Congress briefly formed a government after the 2018 polls, in partnership with the Janata Dal (Secular). That government — led by JDS leader HD Kumaraswamy — collapsed in just over a year after several MLAs from the coalition resigned, reducing it to a minority, after which the BJP came to rule to the state again.

The BJP initially made BS Yediyurappa, from the Lingayat community, the Chief Minister. Last year it replaced him with Basavaraj Bommai, who is also from the same community.

The Congress is struggling with a rift within. Legislature party leader Siddaramaiah and state unit chief DK Shivakumar are both contenders for the CM’s post if the party comes to power.

Rahul Gandhi sought to address this at a meeting of the state unit’s political affairs committee on Tuesday night, where he urged the leaders to work together and not speak out publicly, as per news agency PTI.

Party general secretary KC Venugopal later told reporters, “There is no leadership issue at all. Individual opinion is also not acceptable. The party’s new MLAs and the high command will decide on the leader after winning.”

“The committee will meet frequently and take collective decisions in the interest of the party. Rahul Gandhi appealed to leaders of the party to go aggressively and unitedly against the misrule of the BJP in Karnataka and at the Centre,” he said. adding that it’s been unanimously decided not to speak about internal matters in public. “Unknowingly or knowingly some statements are made here and there before the media. Don’t fall for that trap… party leaders should not speak in different voices inside or outside,” he said.

It was the first meeting of the committee since it was formed on July 9. Besides Mr Gandhi and Mr Venugopal, in attendance were Siddaramaiah and DK Shivakumar, besides the party’s campaign committee chief MB Patil, Leader of Opposition in the legislative council BK Hariprasad, and senior leaders such as HK Patil, Dinesh Gundu Rao, M Veerappa Moily and G Parameshwara. 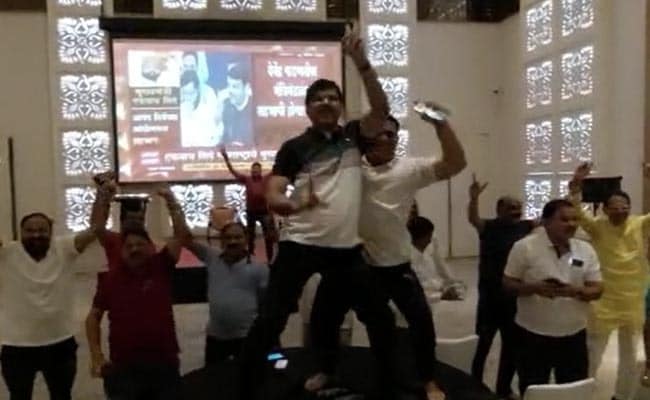 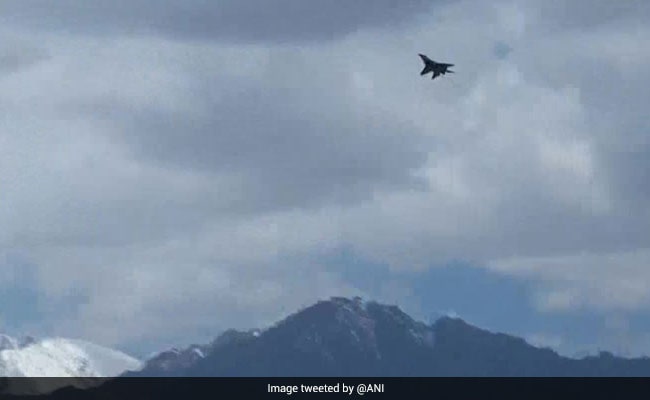