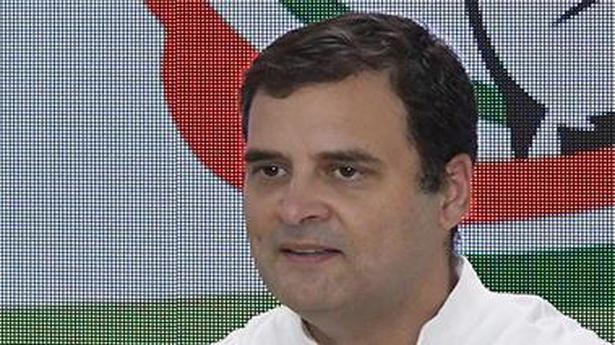 He also criticised Prime Minister Narendra Modi, saying he wished the PM was concerned about the JEE-NEET aspirants.

Congress leader Rahul Gandhi wished students appearing for the medical entrance exam NEET on Sunday, while expressing his sympathies with those who could not take it due to the COVID-19 pandemic and floods.

He also criticised Prime Minister Narendra Modi, saying he wished the PM was concerned about the JEE-NEET aspirants.

“My best wishes to the students appearing for NEET exam and my sympathies to those who couldn’t take it due to the Covid pandemic and floods.

“Wish Modi ji was as concerned about JEE-NEET aspirants and students as he is about his crony capitalist friends,” he said on Twitter.

Mr. Gandhi and his Congress party have been demanding postponement of NEET and JEE exams, saying the situation is not conducive for holding these exams due to the pandemic. He has also said holding the exams at such a time is endangering their lives.

Over 15 lakh candidates are likely to appear in NEET on Sunday which will be conducted amid strict precautions in view of the COVID1-9 pandemic.

The National Testing Agency (NTA), which is conducting the exam, said in order to maintain social distancing, it has increased the number of exam centres from originally-planned 2,546 to 3,843, while the number of candidates per room has been reduced from earlier 24 to 12.

The crucial National Eligibility-cum-Entrance Test (NEET), which is a pen and paper based test unlike the engineering entrance exam JEE, has already been deferred twice in view of the COVID-19 pandemic.

The exam was originally scheduled for May 3, but was pushed to July 26, and then to September 13.

A total of 15.97 lakh candidates have registered for the exam. 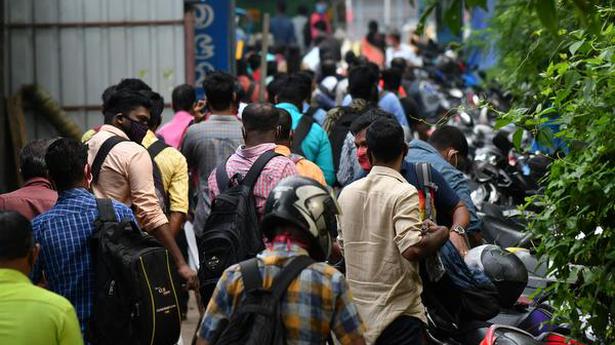