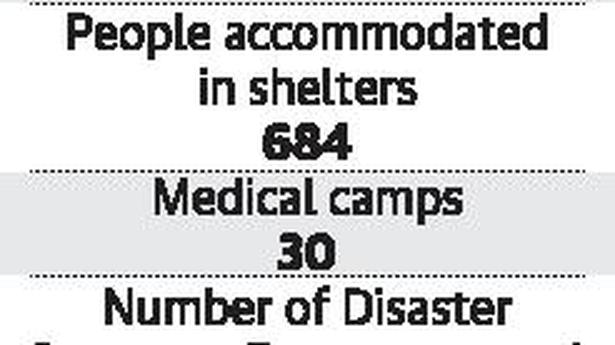 Unrelenting downpour throughout the intervening night of Tuesday and Wednesday pounded the city of Hyderabad to pulp, leaving its roads flooded, colonies drowned, drains overflowing and citizens dazed.

People from several localities woke up to the sight of rain water surrounding their homes, while thousands had no luxury of sleep at all with water entering their homes in the night.

Lakes overflowed claiming their full tank levels, and in the bargain, drowning all encroachments that obstructed their flow. Hundreds of colonies in Saroornagar, Ramantapur, Bandlaguda, Uppal, Tolichowki, Falaknuma, Kukatpally, Nizampet, ECIL and other areas were inundated. With water reaching up to six to seven feet depth, the first floors were vacated, and people waited desperately for help on terraces and top floors.

Water submerged homes in localities such as Nadeem Colony in Tolichowki and Hariharapuram in B.N.Reddy Nagar, necessitating boats to evacuate people.

Residents, who stayed back despite alerts for the past three days, had to climb up on to the terrace for safety, where they awaited help for long.

The river flowed over the causeway bridges at Chaderghat and Moosarambagh, both of which were shut to traffic by police. At Moosarambagh, the iron barricades to the river were washed away in the flood.

With flood water from Saroornagar lake blocking all the roads on one side, and the Malakpet road under-bridge inundated with storm water on the other, several areas in Dilsukhnagar and surrounding areas were besieged on all sides, and commuters faced several untold hardships.

As per data from automatic weather stations installed across the city, Singapore Township in Pocharam received the maximum rainfall at over 32 cm, with all localities in city receiving over 20 cm in one night.

Several building collapse and tree fall incidents were reported from across the city, along with tedious power cuts ranging from 12 hours to 24 hours.

Corporators and public representatives were on the roads since morning, monitoring the situation. Minister for Municipal Administration and Urban Development K.T. Rama Rao arrived at the GHMC headquarters and reviewed the situation through a teleconference with Chief Secretary Somesh Kumar and Collectors of Medchal, Rangareddy and Hyderabad districts. He asked officials to be on the field and oversee the relief measures. He asked officials to shift the homeless to night shelters, and prevent accidents due to cellar digging.

He appealed to citizens not to venture out for the coming two days, as more rains are expected.

A portion of the Kasu Brahmananda Reddy National Park boundary wall collapsed here on Wednesday on account of the rains which wreaked havoc in the city.

According to officials, 64 metres of the wall collapsed. Damage to walking track and pathways has also been reported. Officials swung into action and built a structure which they said would serve as temporary protection. Officials clarified that the park would be open for walkers. 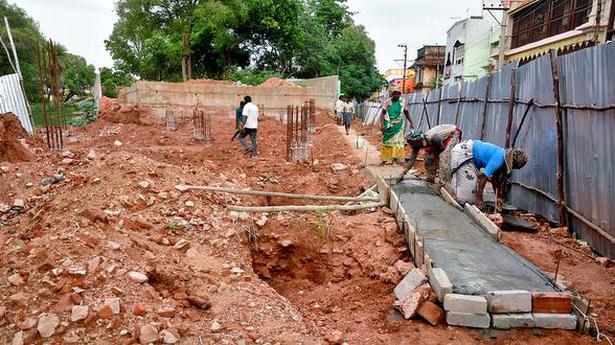 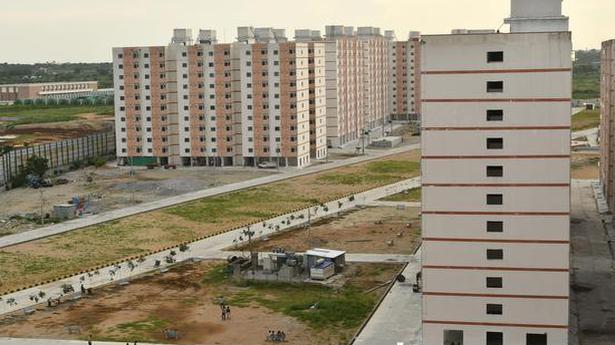