Rain over Tamil Nadu and Puducherry is expected to continue till January 10. However, it may not be as heavy as it was over the past two days, according to the India Meteorological Department.

During the last 24 hours, ending 8.30 a.m. on Wednesday, Kelambakkam recorded a maximum of 21 cm of rain, followed by Anna University and Tambaram with 16 cm.

Many other places in and around the city, including M.G.R. Nagar (15 cm), Sholinganallur and DGP Office (14 cm), and Poonamallee, Korattur and Meenambakkam (13 cm) recorded appreciable downpours.

The weather station at Nungambakkam received 9 cm of rain.

Officials noted that January’s record rainfall of 21 cm in 1915 was yet to be broken as Kelambakkam, which had received torrential downpour, was in Chengalpattu.

A few places in the State are likely to receive light to moderate rain till Friday and showers will pick up pace from Saturday and cover many places.

While heavy rain may subside over Chennai, some areas may continue to experience light to moderate showers for two days. The city’s monthly rain during January has already reached 15.3 cm, which is one of the highest in recent decades.

The Water Resources Department stopped discharge from the Cholavaram lake as inflow had dropped since Wednesday.

A marginal amount of water is being released from the Red Hills reservoir. Officials noted that a discharge of 30-40 cusecs would be maintained till rain subsides. 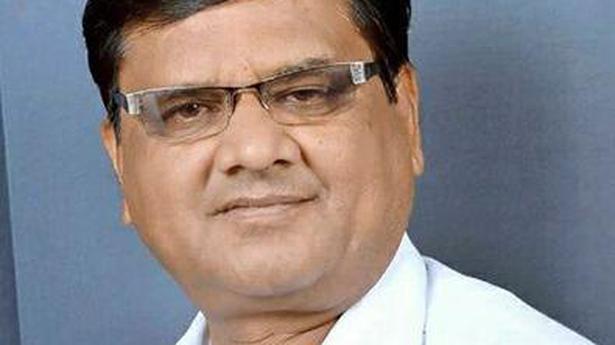 Farmers’ protest | SC-appointed panel members not on the side of any party or the govt: Anil Ghanwat

Manipulation by sand mafia further pushing up sft. cost, allege stakeholders An abnormal hike in the prices of cement and