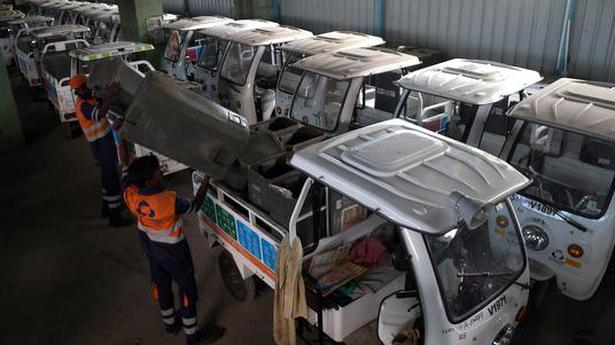 Process this – It is estimated that Chennai generates between 5,000 and 5,400 tonnes of garbage a day, as per official statistics. This is among the highest quantums of garbage generated by Indian metropolises. The collection, transfer and processing of this waste is certainly a herculean task. The city managers spend sleepless nights trying to ensure the system works without raising a stink. Several hurdles lie in their path, which have the potential to frustrate the introduction/efficient implementation of source segregation, which is the only way forward. As Chennai opens yet another chapter in conservancy operations, there are questions from the past that need to be answered, in addition to anticipating future needs.

On Wednesday afternoon, in an air-conditioned conference room at the office of Urbaser Sumeet in Nungambakkam, a brain-storming session is under way. I. Selvaraj, an Information, Education and Communication (IEC) executive at the company, is narrating a story for a short film to create awareness on segregation of waste at source. The company was recently given a contract to carry out conservancy operations in seven zones of the city.

Five kilometres away, in the thickly-populated Rotary Nagar near the Light House MRTS station, a street-level campaign is under way. A group of conservancy workers carrying red flags goes street to street to foster solidarity among the workers to fight against job losses.

The two scenes, disparate yet connected, represent the churn happening in the Greater Chennai Corporation (GCC) due to the privatisation of a major part of solid waste management operations in the southern metropolis.

The GCC, which was earlier directly managing conservancy operations in 12 of its 15 zones, would now be handling them in only four zones. The operations, primarily involving the sweeping of streets and the collection and transportation of garbage, have been handed over to two private players in the remaining 11 zones.

Urbaser Sumeet, a joint venture between Spain-headquartered Urbaser and India’s Sumeet Group, bagged the contract for seven zones (zone 9 to zone 15) for a period of eight years. On its website, Urbaser, which was acquired by a Chinese firm in 2016, said this was its largest-ever contract.

The contract for similar operations in zones 1, 2, 3, and 7 have been awarded to Chennai Enviro Solutions Private Limited, a part of the Ramky Group, which has been handling the operations in zones 9, 10 and 13 for the past eight years, and has occasionally faced criticism for its work.

While Urbaser Sumeet has taken over the operations in the seven specified zones, the Ramky Group is yet to do so. R. Rama Mohan Rao, president, Ramky Group, said a micro-level plan had been worked out. It involves a fleet of more than 900 vehicles of different types, including battery-operated vehicles, compactors, mechanical sweepers and light motor vehicles, which would be deployed to keep the oldest parts of the city clean.

As a result of privatisation, at least 700 conservancy workers, hitherto engaged by the GCC, have already lost their jobs, and hundreds more are staring at imminent loss of employment. The residents, meanwhile, are waiting to see whether the new wave of privatisation would bring a sustainable change in the handling of solid waste or fizzle out like similar attempts in the past. After all, Chennai’s tryst with private players started way back in 2000 with CES Onyx, followed by Neel Metal Fanalca, REE, and now Urbaser Sumeet.

This time, a key difference projected by the government is a shift from paying the contractor based on the tonnes of waste collected to payment based on the evaluation of their work on the basis of 34 key performance indicators (KPIs). A proposal to levy user charges for the collection of garbage from this year onwards has been put on hold, following backlash from the public and Opposition parties.

The initial feedback from residents in some pockets where Urbaser Sumeet is operating appears to be positive, at least in terms of the visible indicators. “The cart (battery-operated vehicle) that comes for collecting garbage door-to-door can be seen regularly. The bins on the streets are cleared daily,” S. Vanaja, a resident of Kotturpuram, said.

The 3,000 battery-operated vehicles (BOVs) used by the company have become ubiquitous in the city. Loaded with eight bins for separately collecting three different kinds of waste — wet, dry and hazardous — the BOVs are being operated in two shifts to collect waste from households and shops (excluding bulk waste generators).

The collected waste is either taken to micro-composting centres (MCCs), material recovery facilities (MRF) or resource recovery facilities (RRF), or dumped in two separate bins kept for wet and dry waste on the streets. A total of 130 compactors work during the night to clear these bins. Radio-frequency identification devices (RFIDs) are attached to the bins and the compactors to remotely check whether every bin is cleared daily.

V.R. Hari Balaji, head of the Information, Communication and Education division at Urbaser Sumeet, said the key challenge remained the garbage collection point, where the waste was not segregated at source.

“There are certain areas in which the residents’ associations or apartments are segregating waste properly. But in most other areas, we are working extensively on creating awareness,” he said.

The reverse side of the pamphlets distributed by the company to create awareness on waste segregation lists the penalty for non-segregation of waste and other violations of the Solid Waste Management (SWM) rules formulated by the government. However, the GCC has not yet begun implementing the penal provisions widely.

While getting people to segregate waste remains a key challenge, a section of residents, who have already been doing it, have raised concerns over how the waste is being handled after collection.

K.L. Balasubramanian, a social entrepreneur and a member of the R.K. Nagar Residents’ Association, said that though the streets were looking clean, he was concerned about how the waste was being handled. Pointing out that his association was already engaged in micro-composting and selling dry waste to recyclers, he noted that the segregated waste was often getting mixed up post-collection under the new arrangement. “We see that happening sometimes in the BOVs itself. It is also happening at the bins kept on the streets,” he said.

Arguing that the city was supposed to work towards becoming bin-less as per the SWM rules, he said the placement of bins can be counter-productive as it provided an opportunity for residents and business establishments to dump unsegregated waste in them. “Then, the waste picked up by compactors from these bins can only go to landfills, as the waste is all mixed up,” he added.

He said the GCC should organise review meetings with residents’ associations and make the KPIs public so that there is transparency in monitoring performance.

Vamshi Shankar Kapilavai, who is part of the urban governance team at Citizen Consumer and Civic Action Group, expressed similar concerns. Agreeing that it was a little early to comment on the new arrangement, he stressed the need for increasing capacity and for proper utilisation of decentralised composting units and waste recovery facilities to prevent waste from going to landfills.

Jayaram Venkatesan of Arappor Iyakkam, which has been raising concerns over the contracts awarded for the service, said the primary goal of the SWM rules was to prevent waste from going to landfills. Pointing to Tamil Nadu’s 2019-20 Budget, in which nearly ₹7,000 crore was allocated towards solid waste management in Chennai, he said that of the total amount, ₹5,259 crore was supposed to go towards building infrastructure to reclaim landfills at Perungudi and Kodungaiyur and prevent waste from going there. While the precise value of the contracts awarded to the two private players was not yet available in the public domain, Mr. Venkatesan said it was possible that the GCC had spent the bulk of the allocation on these two contracts for garbage collection and transportation.

Dismissing such concerns, officials of the civic body said it was committed to a holistic approach to solid waste management, and a number of projects had been initiated for reclaiming landfills.

Citing a lack of support from the public as a key reason for the failure of segregation of waste, a senior official of the civic body said the private players had been asked to use the compost well rings created in parks and open space reservation lands for converting wet waste segregated at collection points into manure.

Regarding complaints about poor segregation, the official said there was a proposal to appoint service providers for segregating wet and dry waste in two phases. 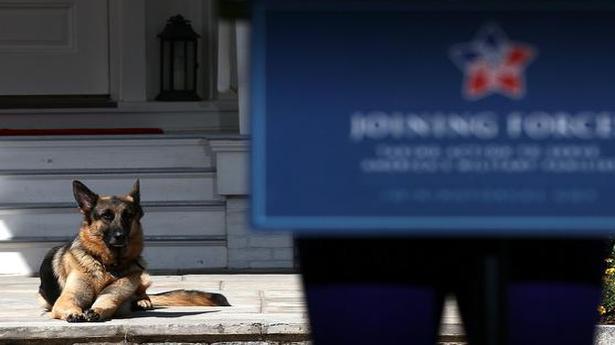 POTUS-elect Biden to bring ‘DOTUS – Dogs of the United States’, to White House 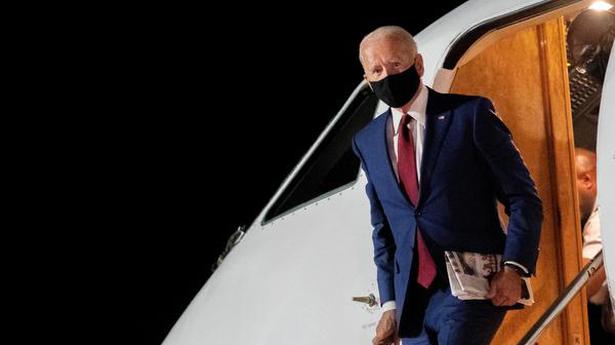