This photo is from the 15th match of the season. During the toss, Rajasthan Royals captain Steve Smith and Royal Challengers Bangalore captain Virat Kohli met each other in this style. 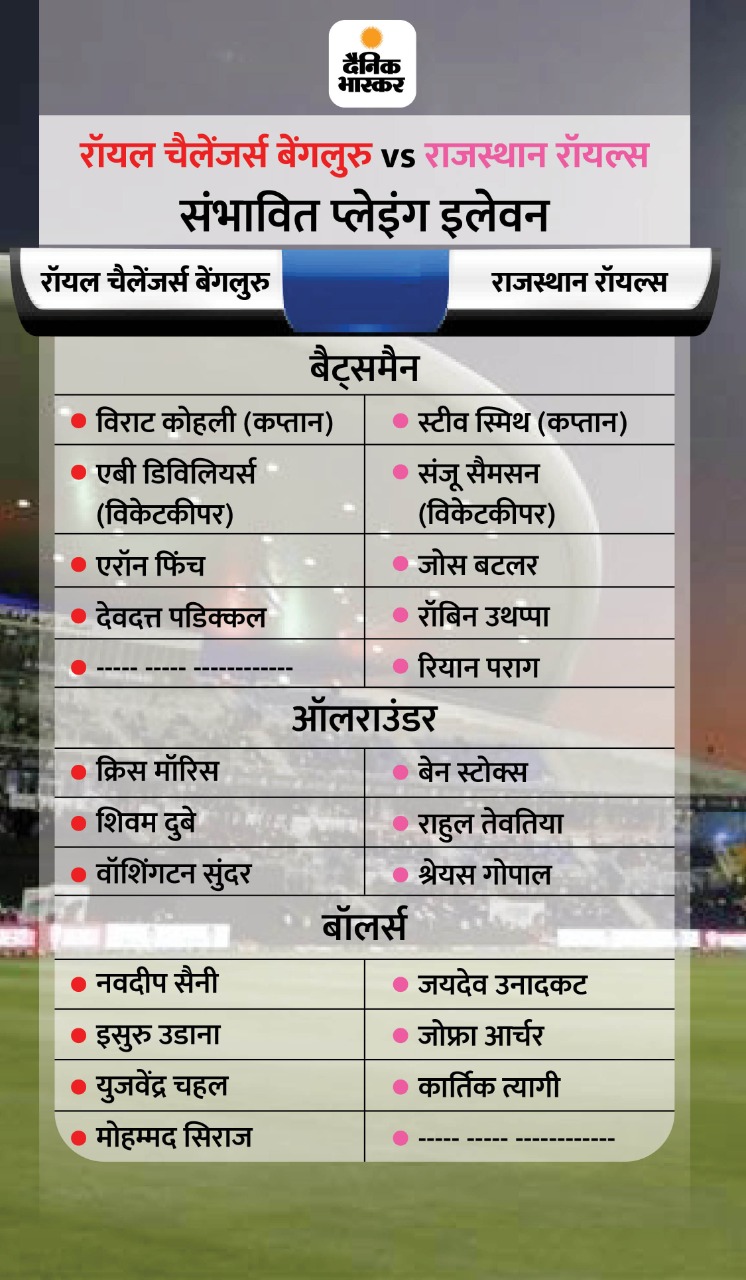 The 33rd match of the 13th season of IPL will be played between Rajasthan Royals (RR) and Royal Challengers Bangalore (RCB) in Dubai in a short time. Rajasthan will have to win this match to stay in the tournament. Otherwise, his path will become even more difficult. At the same time, Bengaluru will have a chance to make another step towards the play-offs by registering their sixth win in the season.

The last time the two teams faced each other in the season, RCB registered an easy win over Rajasthan. In the 15th match of the season, Rajasthan gave a target of 155 runs to Bengaluru. In reply, Bengaluru had achieved the target at the loss of 2 wickets.

Kohli has a chance to make another record
RCB captain Virat Kohli has a chance to become the highest-ranked Indian player in the tournament. Kohli (38) is just one step away from Shikhar Dhawan (39) of Delhi Capitals. If runs come off his bat, he can equalize the summit. Sunrisers Hyderabad captain David Warner (46) holds the record for the highest FIFTY in the league.

At the same time, Kohli needs only 3 fours to complete 500 fours in the IPL. In this case, only Dhawan is ahead of Kohli. Dhawan has hit a total of 549 fours in the IPL. Apart from these, Suresh Raina (493) of Chennai Super Kings is third and former Delhi Capitals captain Gautam Gambhir (491) is at number four.

Virat Kohli Orange Cap contender
RCB captain Virat Kohli is fourth in the list of batsmen scoring the most runs in a season. He has scored 304 runs so far in the season. They are also named 2 Fifty. 90 not out is his best score. After Kohli, Devdutt Padikkal has scored the most 261 runs for RCB in the season.

Chahal took the most wickets for RCB
RCB spinner Yuzvendra Chahal took the highest 11 wickets in the season. He is ranked sixth in the Purple Cap list. Kagiso Rabada of Delhi remains on top with 18 wickets.

Sanju Samson Rajasthan’s top scorer
Rajasthan top order batsman Sanju Samson is the Rajasthan Royals top scorer in the season. He has scored 227 runs so far. His bat has calmed down after scoring runs in the opening matches. After Samson, Jos Buttler has scored 168 runs for his team. 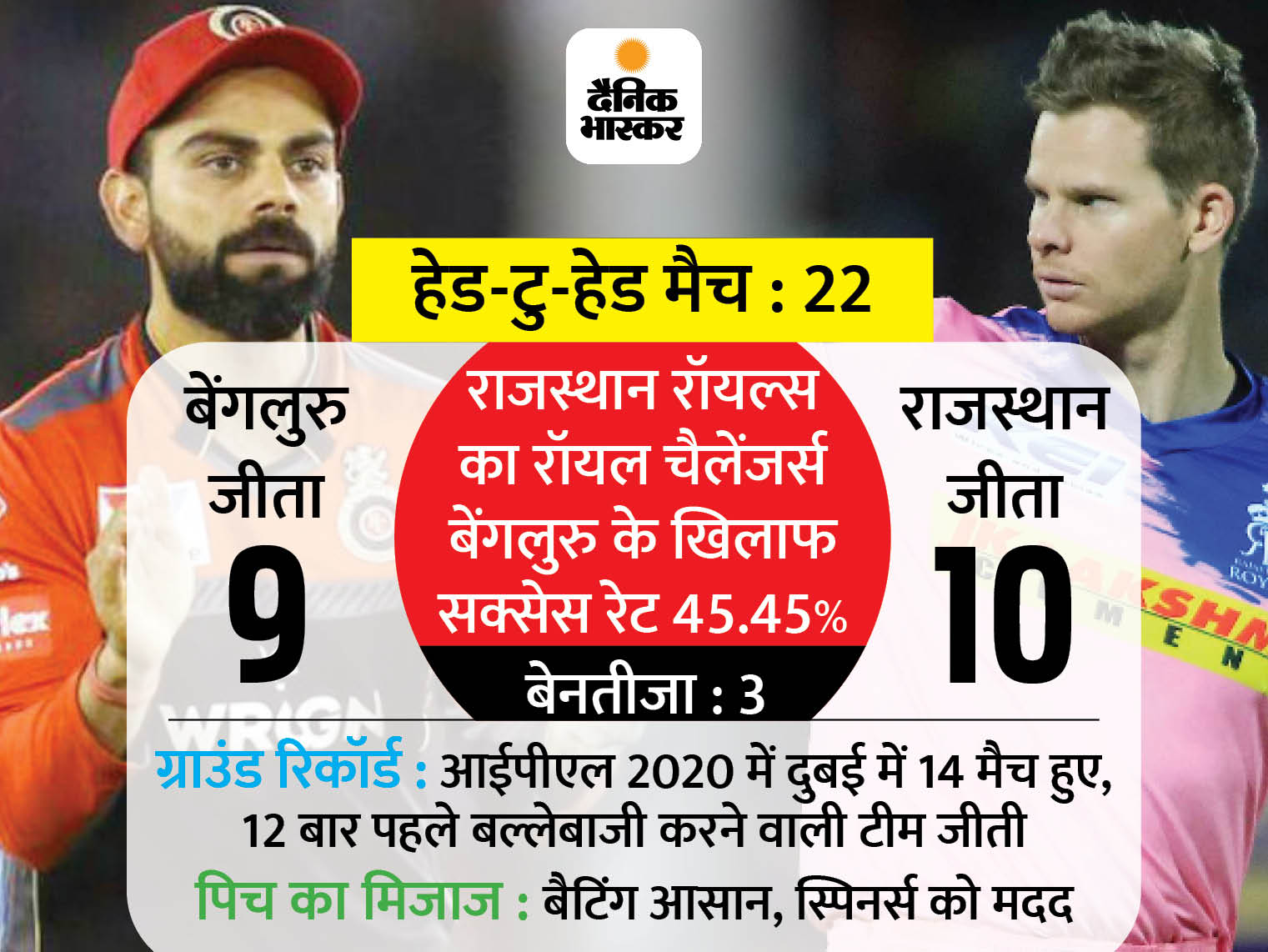 Pitch report
The pitch in Dubai may help the batsmen. Being a slow wicket here will also help the spinners a lot. The team that wins the toss will like to bat first. Here the success rate of the team batting first in the last 61 T20s before IPL has been 55.74%.