He also belongs to the 1985 batch of the Indian Administrative Service and has held various positions in his 35-year-long service.

The Centre had last week approved the repatriation of Mr. Ranjan to his parent cadre (Tamil Nadu) “on the request” of the State government.

Just as his predecessor K. Shanmugam, Mr. Ranjan also belongs to the 1985 batch of the Indian Administrative Service (IAS).

An alumnus of the Patna University with a graduation degree in physics, Mr. Ranjan has impressive academic accomplishments to his credit. He holds an MBA from IIM-Ahmedabad; another PG degree in public policy from the London School of Economics and a certificate in intellectual property rights from the University of Geneva. He has done Ph.D. in management from the Anna University.

Mr. Ranjan has held various positions in his 35-year-long service. He began his career as Sub-Collector in Tiruvannamalai (1987-89) and became Tiruchi Collector in April 1995, the post he occupied till August 1997. He was one of the handful of Collectors who survived a regime change in mid-May 1996.

On return to the State cadre, he went to hold different posts including Principal Secretary (Industries) and Chairman and Managing Director of the Tamil Nadu Generation and Distribution Corporation. His stint as Principal Secretary and later as Additional Chief Secretary (Highways) between 2013 and 2018 is cited as a major reason behind his present posting as Chief Secretary as he had worked directly under Chief Minster Edappadi K. Palaniswami, who is handling the portfolio of Highways Minister since May 2011.

On his deputation to the Centre in September 2018, he was posted as Special Secretary at the GST Council. His innings, which lasted nearly one and a half years, saw the introduction of e-invoicing system, streamlining of the procedures for taxpayers and sharing of data and data analytics to prevent tax evasion. After he became Fisheries Secretary at the Centre in March 2020, the Centre launched the ₹20,050 crore-Pradhan Mantri Matsya Sampada Yojana to boost production and exports in the fisheries sector.

A former IAS officer of the 1981 batch and his long-standing friend describes Mr. Ranjan as a “suave person and an effective communicator.”

Mr. Ranjan is set to superannuate in September this year.

The State government, meanwhile, has appointed Mr. Shanmugam, whose extended tenure as Chief Secretary ends on Sunday afternoon, as advsier to the government for one year.

Mr. Shanmugam, who has earned the reputation of being an accessible officer, is lauded by his juniors as not only “very thorough” but also as one who has a perfect understanding of how the official machinery at the field level works. This is why he has been able to give “pragmatic guidance” to officers. Mr. Shanmugam attached priority to the development of the primary sector — agriculture, animal husbandry and dairying and fisheries – and emphasised on the usage of MIS and information technology in updating land records.

Days before he laid down his office, the outgoing Chief Secretary told The Hindu that, during his stint, he was satisfied with the functioning of the departments of Agriculture, Fisheries, Health and Industries. 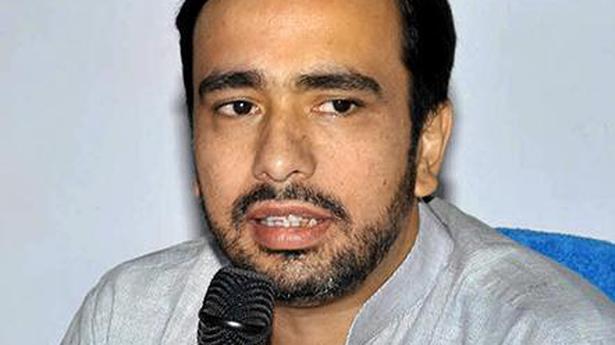 ‘Onus is on Yogi to address allegations of Thakur appeasement’