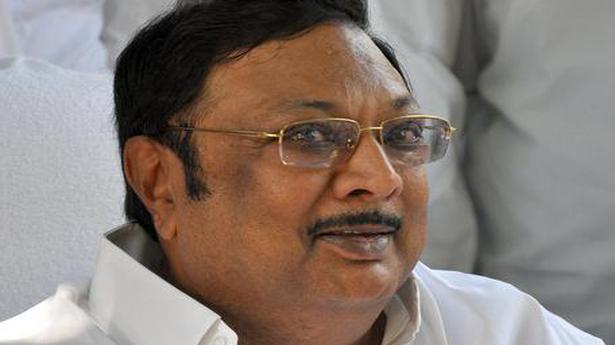 Actor Rajinikanth has safeguarded himself and T.N. from fascist forces by listening to his conscience and not entering politics, Tamil Nadu Congress Committee president K.S. Alagiri said on December 30.

Mr. Alagiri alleged that Home Minister Amit Shah plotted a sinister design by using Tughlak editor S. Gurumurthy to bring Mr. Rajinikanth into politics, form an alliance with him and break the AIADMK by using central agencies like the Enforcement Directorate, Income Tax and Intelligence Bureau.

“It is due to that pressure Chief Minister Edappadi K. Palaniswami and deputy Chief Minister O. Panneerselvam announced the alliance with the BJP will continue, that too at a government function. But, Mr. Shah did not speak about it at all. The AIADMK has lost its self-respect by bowing to the BJP. There can be no second thoughts on the conspiracy behind all this,” Mr. Alagiri claimed.

He said the BJP planned to use actor Rajinikanth to meet its goals in the State but the actor’s December 29 announcement had foiled their plans. “It is a death blow to the BJP’s political plans in the State,” he said.

Mr. Alagiri said the DMK-led Secular Progressive Alliance was forging ahead in the State based on ideology and by keeping the best interests of the people in the fore. The AIADMK-BJP alliance will be defeated,” he said.

It’s still here, but who will tell the deniers?