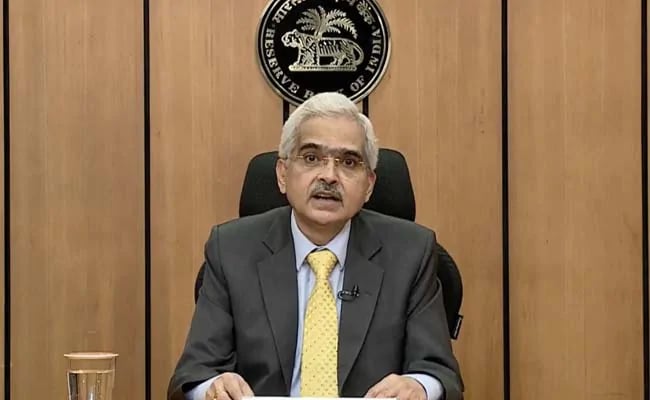 
The Reserve Bank of India’s (RBI) Monetary Policy Committee on Friday unanimously decided to keep key repo rate unchanged at four per cent having ‘accommodative’ stance with focus on withdrawal of accommodation, raised the inflation forecast to 5.7 per cent from 4.5 per cent earlier, lowered the GDP projection to 7.2 per cent as against 7.8 per cent earlier, and proposed to allow cardless transactions at all ATMs through UPI, among others. Here’re the top-7 decisions of the RBI on Friday:

In a status quo on the key policy rates for the 11th time in a row, the Monetary Policy Committee on Friday decided to keep the repo rate unchanged unanimously, at 4 per cent. It also maintained its stance ‘accommodative’ while focusing on the withdrawal of accommodation to control inflation while supporting growth.

The marginal standing facility (MSF) rate and the Bank Rate also remain unchanged at 4.25 per cent.

The MPC also restored the pre-pandemic width of the liquidity adjustment facility (LAF) corridor at 50 basis points and said the floor of the corridor will now be provided by the newly instituted standing deposit facility (SDF), which will be placed 25 basis points below the repo rate, at 3.75 per cent.

Crisil Chief Economist D K Joshi said, “Instead of changing the reverse repo, the MPC has introduced the SDF, which is the floor of the LAF. The impact is the same.” SDF allows the RBI to absorb liquidity (deposit) from commercial banks without giving government securities in return to the banks.

Suvodeep Rakshit, senior economist at Kotak Institutional Equities, said, “The policy decisions are in line with our expectation on repo rate and stance. The rate corridor has now effectively reduced to 25 bps compared to 65 bps earlier. The SDF window will become the new floor at 3.75 per cent even as reverse repo rate is at 3.35 per cent. The policy has decidedly shifted away from being dovish. We expect the stance to be changed to ‘neutral’ from ‘accommodative’ in the June policy.”

The Reserve Bank of India (RBI) revised upwards its retail inflation forecast to 5.7 per cent for the current financial year 2022-23, compared with the 4.5 per cent projected earlier. Presenting the monetary policy statement, RBI Governor Shaktikanta Das on Friday said the central bank has upped its CPI inflation projection as “heightened geopolitical tensions since end-February have, however, upended the earlier narrative and considerably clouded the inflation outlook for the year”.

Key commodity prices may remain on the higher side and input costs will be high across sectors due to the ongoing geopolitical tensions amid the Russia-Ukraine war, Das said. He said the central bank expects crude oil prices at USD 100 per barrel for the current financial year.

The RBI is mandated to keep inflation within the range of 2-6 per cent. While the CPI-based inflation rate in February stood at 6.07 per cent, the rate in January was 6.01 per cent.

The growth projections have been made considering the crude oil prices at USD 100 per barrel for the current financial year, Das said adding that the supply of crude oil, natural gas, commodities and metals like palladium has been affected due to the Russia-Ukraine war.

The central bank on Friday said it will rationalise the risk weights and continue to link home loans only with loan-to-value (LTV) ratios for new home loans till March 31, 2023. The move is expected to keep these loans cheaper.

The RBI on Friday proposed to make cardless cash withdrawal facility available across all banks and ATM networks using the Unified Payment Interface (UPI). Currently, the facility of cardless cash withdrawal through ATMs is limited only to a few banks. ” In addition to enhancing ease of transactions, the absence of the need for physical card for such transactions would help prevent frauds such as card skimming, card cloning, etc,” Das said.

The central bank on Friday proposed to reduce the net worth requirement of such entities from Rs 100 crore to Rs 25 crore, to facilitate greater penetration of bill payments through the BBPS and to encourage the participation of a greater number of non-bank Bharat Bill Payment operating units in the BBPS.

Bharat Bill Payment System (BBPS), an interoperable platform for bill payments, has seen an increase in the volume of bill payments and billers over the years.

The Reserve Bank of India on Friday also proposed to issue guidelines on ‘Cyber Resilience and Payment Security Controls for Payment System Operators’. It is in an effort to ensure payment systems remain resilient to conventional and emerging risks, specifically those related to cybersecurity. Das said, “Payment systems play a catalytic role in facilitating financial inclusion and promoting financial stability.”