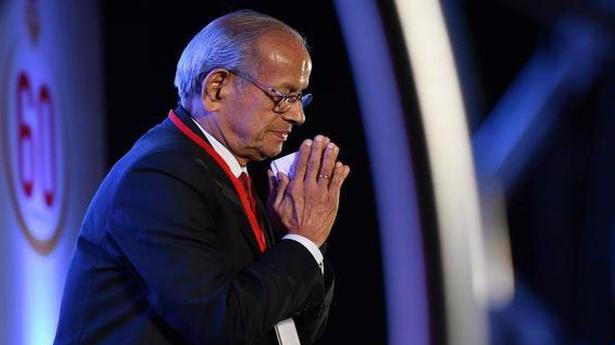 ‘Metroman’ Sreedharan entry into the BJP is being seen as a major boost for the party in election-bound Kerala.

Set to enter the political fray by joining the BJP next week, technocrat E. Sreedharan on Friday said his main aim is to help the party come to power in Kerala and that he will be open to chief ministership.

He also said that the focus will be on developing infrastructure in a big way and bring the state out of the debt trap if the BJP wins the assembly polls that are likely to be held in April-May this year.

Known as ‘Metroman’ as well as for the efficiency in completing big infrastructure projects, Mr. Sreedharan told PTI that he will contest the assembly elections if the party wants and will also be open to chief ministership if the party asks.

The 88-year-old technocrat also made it clear that he will not be interested in governorship, saying that it is purely a “constitutional position and no powers at all” and that he won’t be able to make any positive contribution to the state in such a position.

Speaking over phone from Ponnani in Kerala where he is based now, Mr. Sreedharan said that a finance commission could also be formed for the purpose of improving the finances of the state, which is in a “debt trap today”.

“The state is in a debt trap today, so much of borrowings. And debt burden on each Malayalee is ₹1.2 lakh today…. That means we are heading for bankruptcy and the government still continues to borrow. The state finances need to be propped up and for that, we need to find a solution,” he said.

“If BJP wants, I will contest (the assembly elections),” he said during an interview over phone.

Mr. Sreedharan said that he is “certainly” ready to be the chief minister if the party wants him to be after coming to power.

When asked about whether he will be open to chief ministership, he said, “If they (BJP) want, certainly. To tell you very frankly, unless I am the chief minister these (priorities) cannot be achieved.” He is likely to formally join the BJP on February 25 and said that he was entering the “political fray”.

On the reasons for deciding to join the BJP which is in power at the Centre, Mr. Sreedharan said that he wanted to do things for the benefit of Kerala as the UDF and the LDF have not been able to bring any tangible progress to the state.

“Why I chose BJP is for a different reason. The two others in Kerala — UDF and LDF — have been ruling Kerala alternately… They have not been able to bring any tangible progress to the state, not even one industry has come to the state in the last 20 years…

“They were having tussles with the (central) government all the time. The two governments are not able to see eye to eye on many matters. The development of the state is suffering. If the BJP comes to power here, they will have a good rapport with the Government of India,” he said.

He was referring to apparent differences between the Centre and the ruling LDF in Kerala.

On what it means to enter the political fray, Mr. Sreedharan said it only means that all his professional responsibilities are coming to an end by the end of this month.

“All the responsibilities taken up by me are coming to an end. I thought I will give time for the benefit of Kerala state. That is possibly only if we enter politics. Do something for the state,” he noted.

Currently, he is working on a project to rebuild a bridge in Kerala and the professional commitment will come to an end this month. 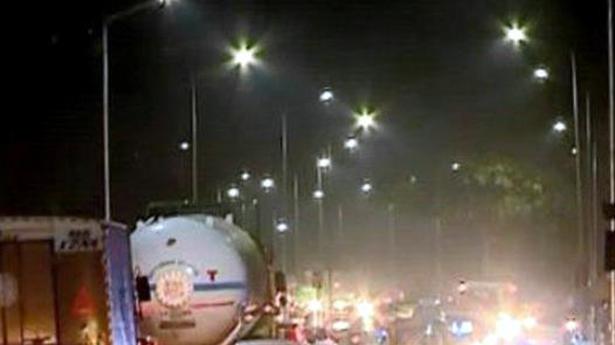