Glitches in Dharani portal will be completely resolved in three to four days, says Chief Minister

The registration of non-agricultural properties which stopped on September 8 following the decision of the State government to route all land transactions, both agricultural and non-agricultural through the Dharani portal, would resume on November 23.

The decision was taken at an official meeting chaired by Chief Minister K. Chandrasekhar Rao on Sunday. The registration of agricultural lands had already commenced on October 29 when the portal was launched by Mr. Rao.

While the tahsildars have started taking up registration and also mutation of agricultural lands in revenue records after the information is updated on Dharani, the same will be done by sub-registrars for non-agricultural properties and the mutation will be automatically reflected in municipal and gram panchayat records. The government has already issued orders fixing mutation charges to be paid to tahsildar and sub-registrar offices online. The portal has eliminated registration and mutation as two levels of land transactions in offices of sub-registrars, tahsildars and municipalities.

The commissioning of Dharani involved slot bookings for registration which will generate the required documents and filling them up will lead to e-challan payments for registration and mutation and subsequent visit to tahsildar or sub-registrar offices as the case may be for completion of process.

At today’s meeting convened by Mr. Rao, it was decided that Chief Secretary Somesh Kumar will launch registration of non-agricultural properties on November 23. Mr. Rao said on the occasion that the registration of agricultural lands by the portal was well received by people. There was good response from the public because they were happy that a security mechanism was created for their lands. The feedback from ground level was heartening, he said.

The portal had already overcome minor hiccups but all of them will be completely resolved in three to four days. It was decided to commence registration on non-agricultural lands and properties after all issues were settled. Therefore, the government took some time to resume the process, he added.

An exercise to weed out bogus voters 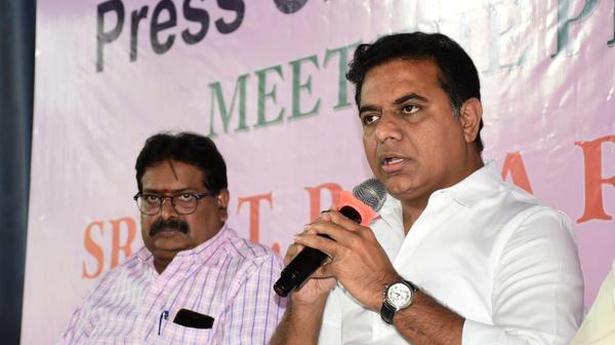