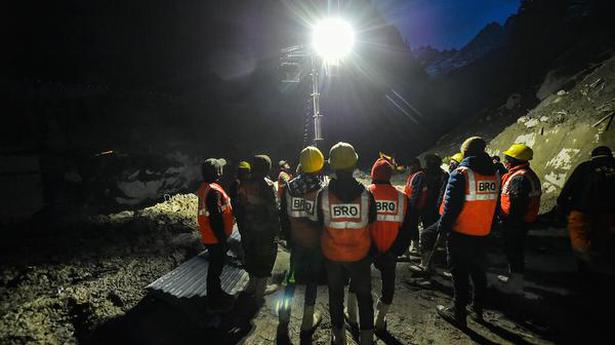 Priority appears to be to clear the tunnel and get the dam functional rather than look for bodies, says activist

Ten days after an avalanche barrelled down from a breaking glacier leading to the death of 58 people and causing at least 200 to go missing, rescue and relief operations aimed at recovering bodies have slowed to a crawl.

Many of those missing were reportedly workers on the Sunday shift at the 520-MW Tapovan Vishnugadh hydroelectric project and swept away by a storm of ice, water and debris within minutes of the glacier-wreckage hurtling from about 2 km up½stream.

A majority of these workers are believed to have been trapped in one of the intake tunnels of the under-construction project. “The tunnel is at least 2 km long and we have so far been able to dig through barely 150 metres,” said a disaster response officer working at the site. About 50 of the 58 bodies recovered and identified as of Wednesday have been from this stretch.

An excavator manned by an operator and two Uttarakhand police personnel make frequent trips into the tunnel each time withdrawing with a scoop of wet mud. Given the enormous amount of muck that has to be scooped out, it appears that it will be weeks before even half the tunnel can be ploughed through. Another hindrance is that water has begun seeping through portions of the tunnel making it challenging to accelerate excavation, said another site worker.

Then there are workers believed to be trapped near the barrage of the plant and locals say it was only after an agitation that officials began digging looking for bodies. Rescue operations are being led by the National Thermal Power Corporation, which is building the power plant. “Their priority is to clear the tunnel and get the dam functional as soon as possible rather than look for bodies,” said Atul Sate, an activist at Joshimath, the tehsil where the disaster unfolded.

“In the first three days since the flood, there was no coordination among the various agencies — the Army, State and national disaster response force and the company. In that time, lives were lost and bodies became unreclaimable.”

Dipika Nath has come to Tapovan looking for her nephew. “My relatives and I aren’t allowed into the site. With all this equipment it is difficult to believe that the pace of recovery is so slow,” she told The Hindu while perched on a bridge with some relatives, overlooking the dam site.

The site is buzzing with excavators and other heavy machinery and has rescue officials of several companies working round the clock. Social organisations such as the SEWA International have organised volunteers from villages surrounding Tapovan to cook meals for them. However, booths and tents set up for disseminating information on recoveries or a media cell are empty.

Elephant calf abandoned by herd shifted to zoo in Odisha 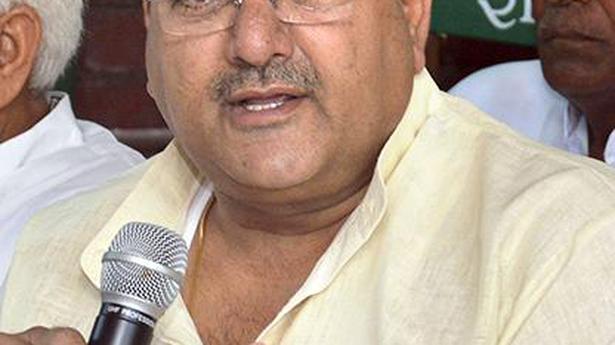