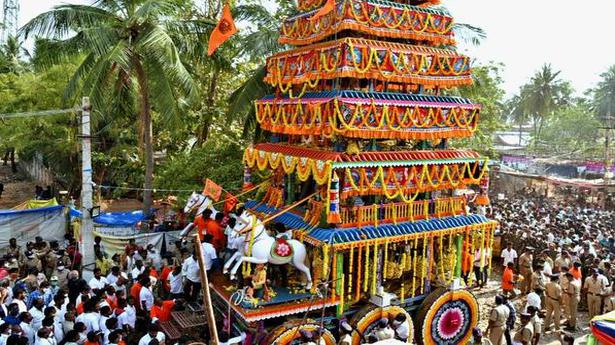 
Thousands of devotees participated in the procession of the presiding deities of the Sri Lakshmi Narasimha Swamy temple at Antarvedi on the newly built wooden chariot as the Rathotsavam was celebrated with fervour on Tuesday.

Chief Minister Y.S. Jagan Mohan Reddy inaugurated the 40-foot-tall wooden chariot during the inaugural of the annual Kalyanotsavam on February 19.

The presiding deities were taken on the new chariot in a procession in the streets of Antarvedi village.

The devotees, after having a holy dip in the Godavari river, pulled the chariot that was decorated with flowers.

According to the temple tradition, the wooden chariot is brought out of the temple on the inaugural day of the Kalyanotsavam.

A posse of police personnel was deployed at the temple to prevent any untoward incident during the procession.

The Endowment Department authorities and priests of the temple performed the wedding of the deities on Monday night. 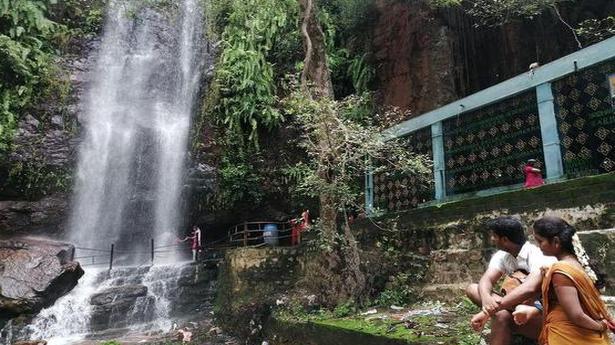