Inspector-General of Police (Training) P. Harishekharan has called on the new recruits who have completed their apprenticeship to keep in mind the pledge they had taken before reporting for duty and work according to their duties and responsibilities.

He was speaking at the passing-out parade of the sixth batch of civil police apprentices at the Police Training School in Dharwad on Monday.

Mr. Harishekharan said that when on duty several officials and personnel fail to understand their authority and responsibilities. “Sometimes they give priority to unimportant works even when there are other challenges. Such action may lead to problems. So all should discharge their duties as per the objectives of the Police Departments,” he said.

He called on the new recruits to understand the significance of social media in the present scenario and use it effectively for creating awareness among the general public about precautionary and safety measures to be taken by them. Good work could be done only with the cooperation of public and the officials, he said.

Referring to the ‘village stay’ programme of the government, Mr. Harishekharan said that the police staff and officials should visit those villages and interact with people to sensitise them on safety, peace and harmony and policing.

Hubballi-Dharwad Police Commissioner Labhu Ram, Superintendent of Police P. Krishnakant, and principals and officials of various police training schools in the State were present. Welcoming the gathering, principal of the Police Training School, Dharwad, N.B. Jadhav read out the report.

In all 341 apprentices took part in the passing out parade. Guard of honour was extended to the IGP by contingents led by Parade Commander Ranjit Kumar and Naveenkumar Chauhan. On the occasions prizes were also given to winners of various competitions. 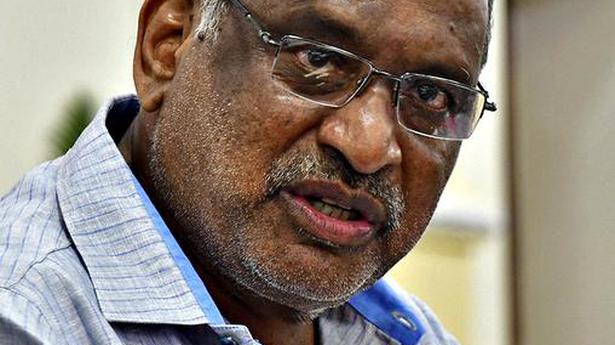 Can senior citizens get pension without stepping out: High Court