A copy of the report of an Advisory Committee constituted by Reserve Bank of India (RBI) to review the Ways and Means limits for State governments and Union Territories was given to Chief Secretary Somesh Kumar by Special Chief Secretary (Finance) K. Ramakrishna Rao, who is a member of the committee.

The committee released its report on Saturday and a copy of it was given to the Chief Secretary by Mr. Ramakrishna Rao.

Mr. Rao explained to the Chief Secretary that the committee had recommended increase in the ways and means advance limit given to States and UTs from the existing ₹47,010 crore to ₹51,560 crore since the direct impact of COVID-19 pandemic was high on the States.

Other recommendations of the advisory committee include keeping special drawing facility interest 2% less than the repo rate and charge only the repo rate as interest on ways and means, removal of condition that States invest in treasury bills for 91 days for availing the special drawing facility and reducing the tenure for withdrawing investments from Consolidated Sinking Fund (CSF) from 5 years to 2 years.

The committee observed that the measures recommended would improve the availability of resources with the State governments for implementing government scheme efficiently.

Chief Secretary Somesh Kumar complimented the efforts of Mr. Ramakrishna Rao for protecting the interests of the State government.

Campaigning comes to an end for ULB polls 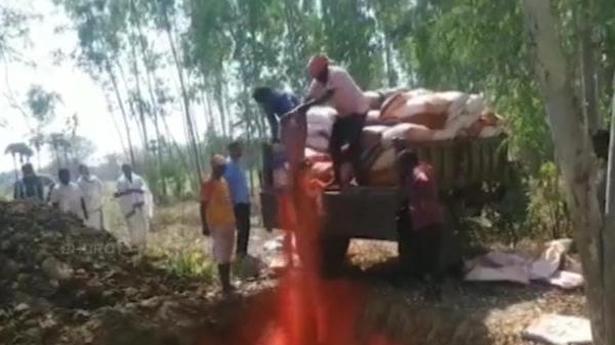