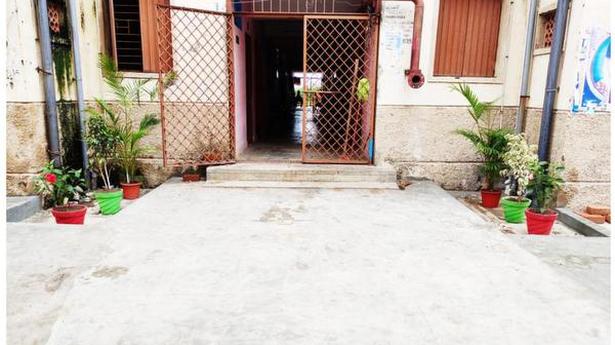 From installation of CCTVs, to beautification of the premises, to checking if lifts are working and if the supplied water is pure and ensuring physical distancing, residents associations of the Tamil Nadu Slum Clearance Board (TNSCB) tenements have started playing an important role in maintaining the buildings they live in.

There are a total of 158 buildings in the TNSCB tenements in Perumbakkam. Every building has 93 houses. Residents associations have been formed in 130 of them, though many of them are yet to get registered.

“I have installed eight CCTV cameras in my block. We are planning to install face detection cameras outside to monitor the entry of outsiders. We have also given identity cards to residents to coordinate different activities. We will also be fixing a fingerprint-based entry system for controlling the movement of outsiders,” said M. Tamil Arasan, Nammal Mudiyum, 18th Block TNSCB Tenements Association. He said that fire extinguishers will be placed on each floor. “We will also put in a fire escape layout plan at the block and assembly zone. We are creating awareness about segregation of garbage. We will be running the block professionally,” added Mr. Tamil Arasan.

Meanwhile, S. Subrmani, president of Nalai Namadhe, Federation of Residents Welfare Associations in Perumbakkam TNSCB said that he checks the quality of water in all the blocks. “We have ensured that most of the member blocks have been white-washed. We are also ensuring physical distancing while waiting for the elevator,” he added.

Senior TNSCB officials said that it was initially a very challenging task to form the associations as the families are from different locations. “But we motivated them through door-to-door meetings and we conducted capacity-building workshops for the association office-bearers on how to register the associations, conduct meetings, maintain accounts and coordinate with government departments among other aspects,” said an official. 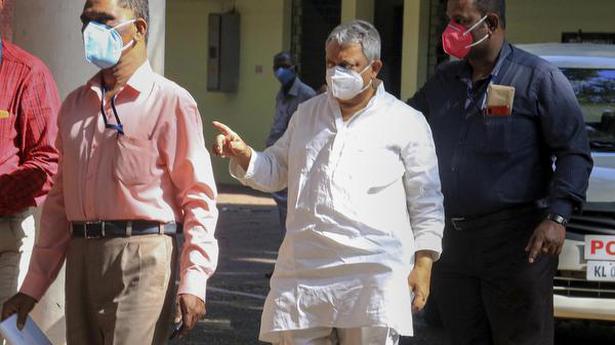 Top news of the day: Catholic priest, nun get life imprisonment for murder of Sister Abhaya; PM to interact with farmers on December 25, and more