Professors of University of Mysore, who have retired after April 1, 2018, have threatened to begin an agitation from Friday seeking release of full pensionary benefits.

In a letter addressed to Vice-Chancellor Hemantha Kumar, the retired professors said they will gather in front of Crawford Hall in Mysuru on Friday and begin their dharna.

“The University is supposed to give DCRG (Death-Cum-Retirement Gratuity) and other benefits immediately on the day of superannuation. But, surprisingly, it is not the case in reality. All of us (particularly for those 45 professors, who superannuated after April 1, 2018 till this day), are given only half of the pensionary benefits; the other half of the amount is due to us from the University”, the letter said.

The retired professors are upset with the authorities for their failure to release the full pensionary benefits despite several representations made to the Vice-Chancellor. Though the University issued revised pension orders in May 2020, the arrears due to us are not yet paid, the letter said. 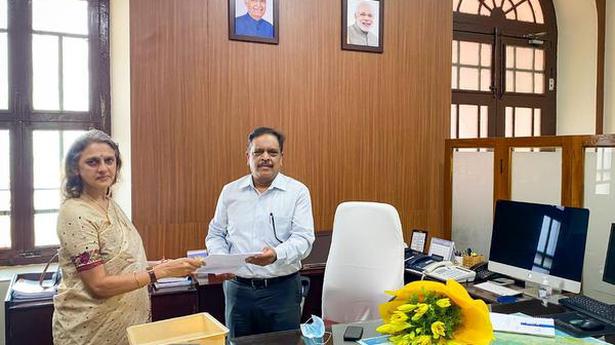 Rahul Agarwal is new DRM of Mysuru Division of SWR