Actors Revathy and Padmapriya have written to the leadership of the Association of Malayalam Movie Artistes (AMMA) seeking their stance on the comments made by Edavela Babu, the association’s general secretary, against the survivor in the sensational female actor rape case in a television interview.

The letter comes three days after actor Parvathy Thiruvothu resigned from the association in protest against what she termed as ‘utterly disgusting’ remarks against a woman member who had been badly let down by the organisation.

Besides asking the association leadership to divulge its position on Mr. Babu’s remarks, Ms. Revathy and Ms. Padmapriya have sought a reply on the endorsement of the general secretary’s remarks against the actor by K.B. Ganesh Kumar, MLA, and vice president of the association. “What will be the action taken when some members of the leadership behave in a fashion that discredits A.M.M.A and the film industry as a whole?” they asked.

The actors referred to Mr. Babu’s comments as an example for some of the members in the association leadership using their position to disparage a criminal investigation that is sub judice. “An example that as the only organisation in the film industry with close to 50% women members there will be no measures taken to protect, support, and encourage them. Instead, it appears that all efforts will be made to alienate and ridicule them and their issues in public. An example that no matter how adverse a scenario A.M.M.A. faces collectively as an organisation, the entire leadership will stay quiet,” they said.

On the association general secretary’s response to the sexual harassment allegations against its executive committee member Siddique, Ms. Revathy and Ms. Padmapriya asked whether the association leadership has institutionalised the Prevention of Sexual Harassment at Workplace Act that prevents harassment and protects women at their workplaces. 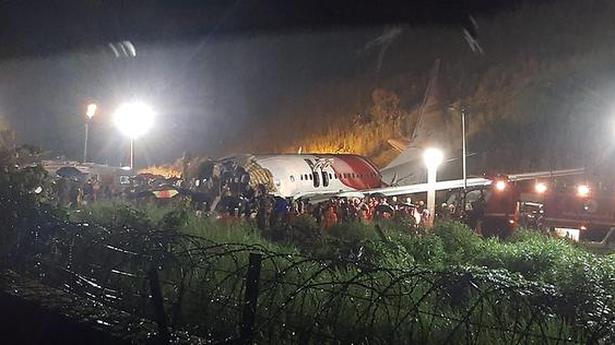 Amazon.com Inc on Tuesday told employees whose work can be done from home that they can do so until June,

WASHINGTON: The fiancee of journalist Jamal Khashoggi sued Saudi Arabia’s crown prince and other officials Tuesday in a US court,