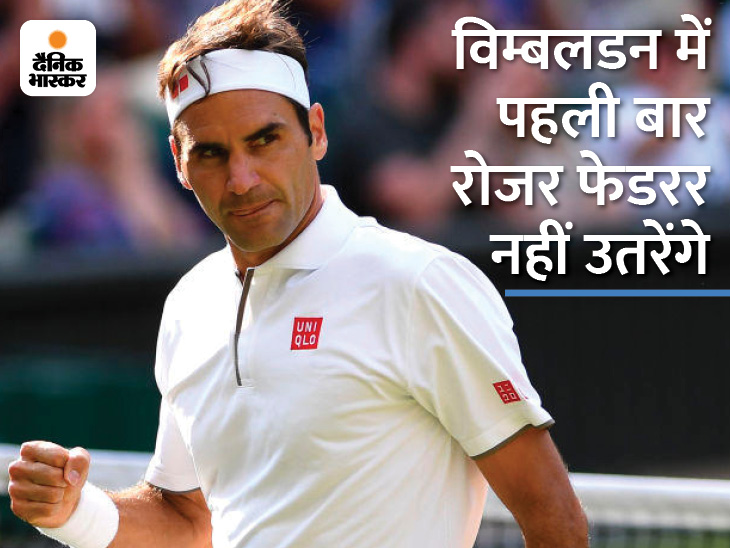 Sports news
June 24, 2022 Divya Bharat Wimbledon news; Change will be seen in the oldest tennis tournament in the world

Lush courts, strawberry-cream, white clothes… this is the hallmark of Wimbledon. But, there are some changes in the grass-court Grand Slam to be held from June 27. In this world’s oldest and prestigious tennis tournament, some traditions will be seen breaking this time.

Matches will also be played on Sunday, while players will be able to practice on Center Court and Court No. This Grand Slam will look changed. Roger Federer, the most successful player of this Grand Slam, will not play at Wimbledon for the first time in his career. The All England Tennis Club has banned Russian-Belarus players from playing because of Russia’s invasion of Ukraine. As a result, the ATP and WTA took away ranking points from the tournament.
Know about the changes happening this time…

Apart from playing the match on the center court, players will also land
Top players will be allowed to practice on the prestigious Center Court and Main Show Court (Court-1). Earlier, he could only go on this grass court when he had a match during the championship. Britain’s number-1 player Cameron Norie said that this would benefit the players.

World number-1 Medvedev and number-2 Zverev will not land
Number 1 Medvedev, Rublev and Sabalenka, Azarenka will not play due to the ban on Russia-Belarus players. Number 2 Zverev is recovering from a heel injury, so he withdrew. Federer of Switzerland is in rehab after knee surgery. Osaka withdrew with a leg injury.

Ronaldo of Uttarakhand: Hemraj Johri scored the goal on a corner kick; People are comparing with star footballers

Bhuvi sheds sweat for the magic ball: practiced yorker in the nets by keeping shoes near the stumps, last season did not perform well