The Kozhikode Fast Track Special Court here on Tuesday sentenced eight persons, including the stepfather and mother of a 13-year-old girl, to rigorous imprisonment in the case of sexually exploiting her at Mukkom 14 years ago.

Writing the judgment on Tuesday, Judge S.R. Syamlal awarded seven years’ imprisonment to the mother, who was named the first accused, and 10 years to each of the others. The mother was also fined ₹10,000 and others ₹35,000 each. The compensation will be paid to the victim.

The court examined 32 witnesses and 73 documents. The Kerala High Court had to intervene to speed up the trial in the case. 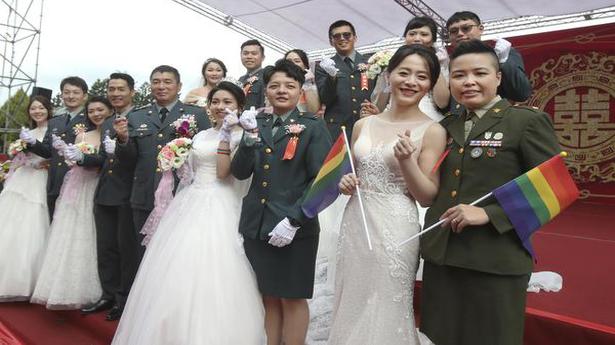 Two same-sex couples in military marry in first for Taiwan