“I started well in advance from Velachery to the Central railway station to catch a train to Coimbatore. I barely managed to catch my train. My cab got stuck in the middle of the bridge in front of the Central station for over 30 minutes.

The heavy luggage I carried prevented me from taking the risk of walking the distance. Vehicles had piled up on the bridge. It was jam-packed,” said Priya, a frequent traveller to Coimbatore.

Caught in the pile up of vehicles on the stretch leading to the Central station from Anna Salai and E.V.R. Salai during the peak hours, many spend anxious moments before reaching the station. This has been the familiar situation for the public for a decade now.

Fed up with traffic jams, commuters often get down from city buses in the middle of the bridge and literally sprint to the station to catch suburban trains. The traffic policemen remain mute spectators to this almost every day.

Commuters from MRTS station or Park Station skip the subway and cross the stretch on foot. What saves the day for them is vehicles moving at a snail’s pace on the road between Victoria Hall and the Rajiv Gandhi Government General Hospital. Autorickshaws and call taxis are parked near the subways, albeit illegally, worsens the traffic congestion.

N. Ramesh, former member of rail users consultative committee, said parking of buses coming from E.V.R. Salai and Pallavan Salai along the E.V.R. Salai is the root-cause of the chaos. When pressed for space, the authorities allow these buses to be parked in the bays on the railway station premises, which aggravates the crisis. The situation turns worse at Medical College junction when the syncrhonised traffic lights are on and this has a cascading effect on Walltax Road, E.V.R. Salai, Pallavan Salai and even up to Anna Salai.

Many motorists say it is next to impossible to enter the Central station from Walltax Road in the evening. “The exit and entry points to the lane designated for cars are too narrow. You cannot drop people near the station entrance,” said a senior journalist. There is a special fast lane, but that is only for VIPs and railway officers.

The construction work near the Metro Rail station has worsened the problem near the car parking lot. A driver has to pass through a maze of exits and entries before hunting for a slot.

“At the central railway station, they go on undertaking construction work and keep on changing plans for parking or other common utilities. There is no proper planning here to regulate the movement of any vehicle for that matter,” said Naina Masilamani, member, Divisional Railway Users Consultative Committee.

D. Satyakumar, a frequent traveller from Coimbatore, said: “People who get down in the early morning hours get confused. It is impossible to reach the prepaid auto counter. There are no visible sign boards that guide the public to the MRTS and suburban rail stations. Besides, auto drivers and taxi drivers mob the travellers coming out of the station. Outside the station, commuters have to wait either in hot sun or in pouring rain for city buses.”

Southern Railway officials said a certain portion of the premises is cordoned off for Metro Rail work.

“Hence the place may seem congested. We have restricted the entry of autorickshaw and taxi drivers. Apart from these efforts, we have created two lanes — one for call taxis and another for private vehicles,” a source said. 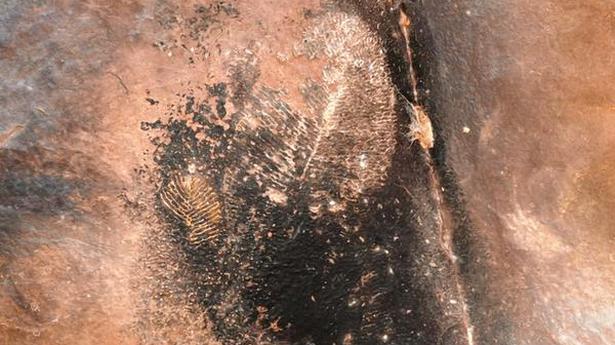 Fossils of ‘Dickinsonia’ found at Bhimbetka