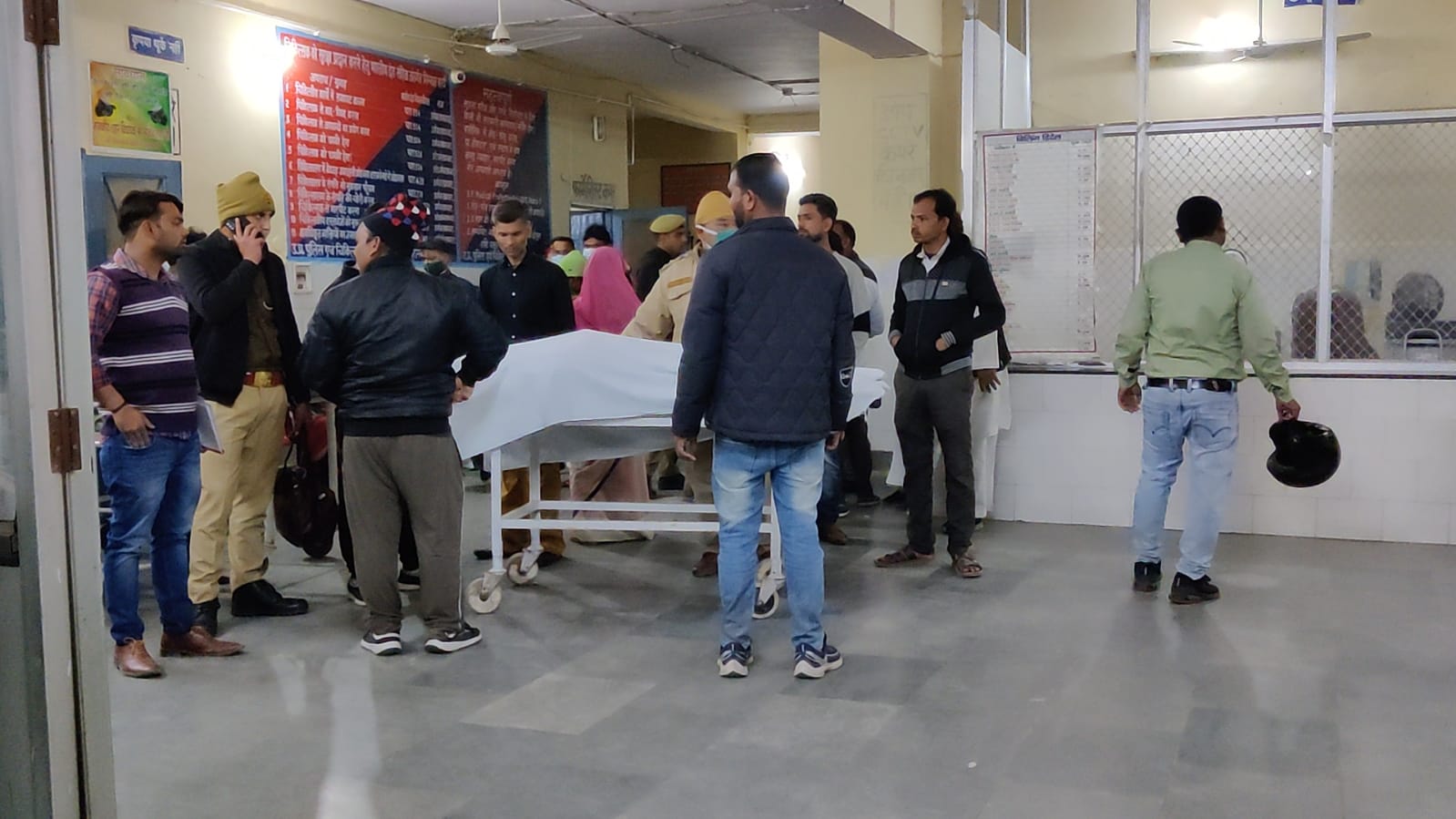 After the accident, the team of doctors and other people present in the district hospital examining the injured

A roadways bus overturned uncontrollably in Aligarh’s Gandhipark police station area late on Tuesday night. The accident happened in front of Dhanipur airstrip on GT Road, in which a babu of the roadways died. And several other passengers were injured. After getting information about the incident, the police reached the spot and admitted the injured roadways worker to the district hospital, where doctors declared him brought dead. After which the body of the deceased has been kept in the mortuary for post-mortem. Other injured are being treated at a nearby private hospital.

The bus was coming from Etah to Aligarh

According to the police, the roadways bus was coming from Etah to Aligarh. Meanwhile, when the bus reached in front of Dhanipur airport, it suddenly overturned uncontrollably. After which there was a stir. Due to late night time, not many people were present there. The nearby villagers immediately reached the spot and started helping the people and immediately informed the police. After which the Gandhipark police reached the spot and started taking the injured to the hospital for treatment.

Roadways worker Jagdish who lost his life in the accident

Babu was dead in Roseways in Etah

Jagdish (45) son Prem Singh, who lost his life in a road accident, was a resident of village Uttgir, Bisavanpur post, Chiravali Aligarh. Presently he was working as Babu in Etah district and was returning from Etah to Aligarh on Tuesday in a roadways bus. He was seriously injured when the accident happened and died on the way to the hospital. After getting information about the incident, his relatives reached the district hospital and everyone was in a bad condition by crying. He is survived by his wife Vandana, two daughters and a son, who is currently studying.

Jagdish was seriously injured during the incident. In such a situation, a sub-inspector present there took priority to save his life without waiting for the ambulance and immediately took him through an e-rickshaw to Malkhan Singh District Hospital. They did everything possible to save Jagdish’s life, but when he reached the hospital, the doctors declared him brought dead. After which the police informed the family members after finding them through their identity cards and documents kept in their pockets.

Gandhipark police station in-charge Banshidhar Pandey said that the roadways bus had overturned uncontrollably in front of Dhanipur airstrip. After which the injured have been admitted to private and government hospitals for treatment. He said that one person has died in the accident, while others are undergoing treatment. 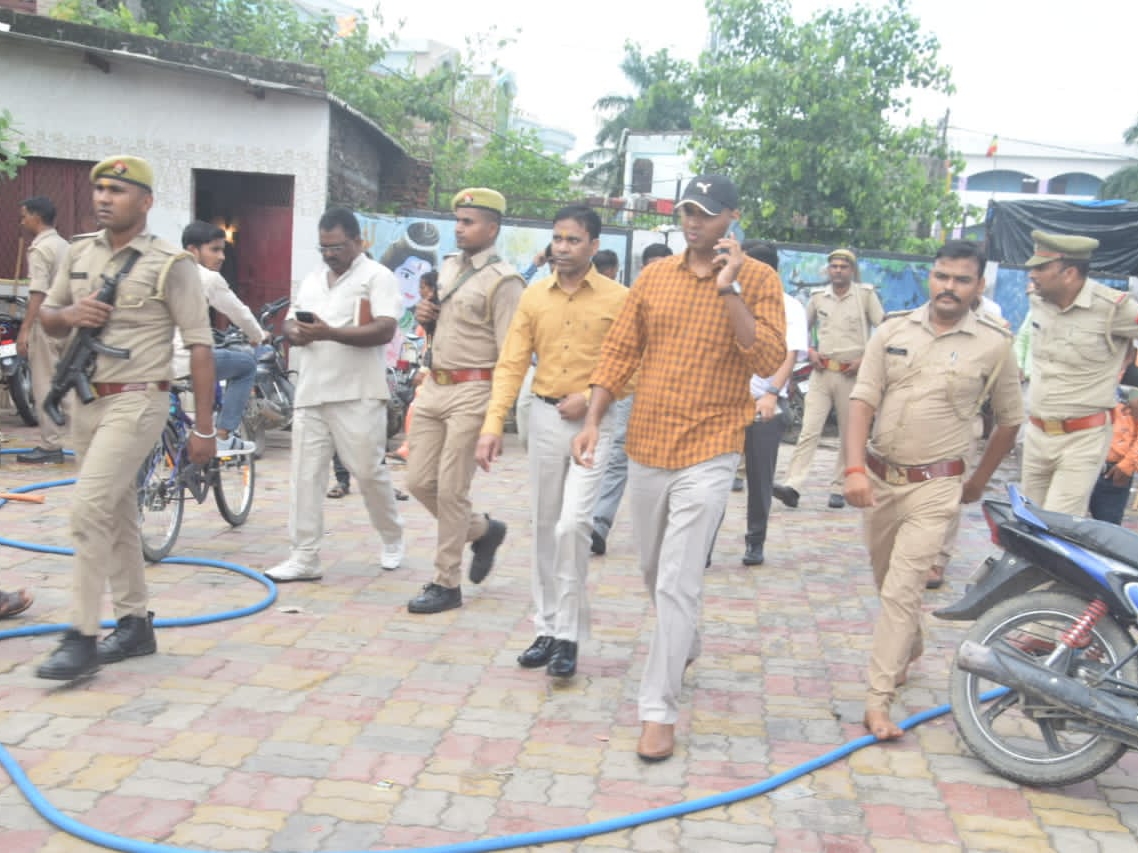 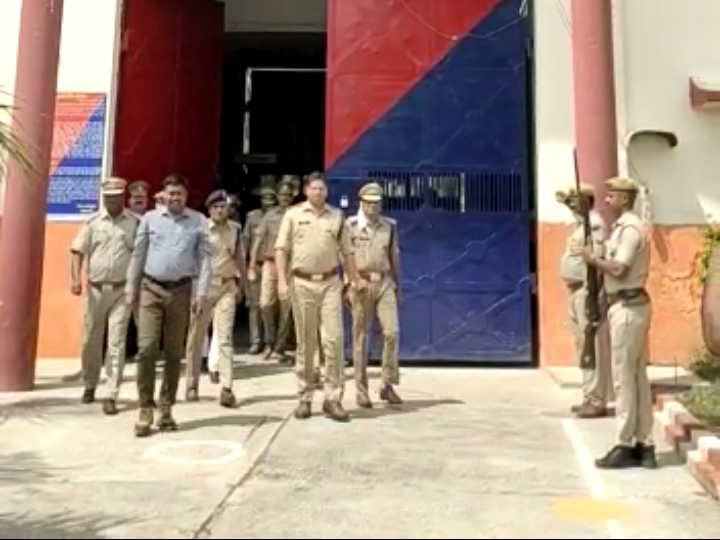 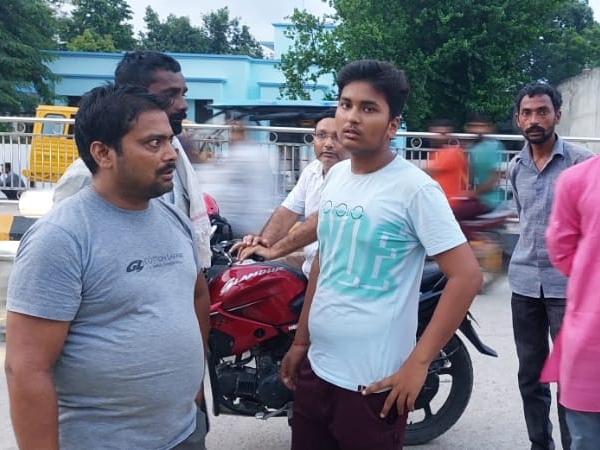