In a swift action, the Nuzvid sub-division police arrested a four-member gang and recovered ₹7 lakh cash and a car from their possession on Saturday.

The accused, S. Satish, M. Gopi, T. Jagadish and G. Naveen, natives of Telangana, allegedly intercepted a lorry at Mersupalli village, Krishna district, reportedly attacked the lorry driver and cleaner and took away ₹7 lakh from them on Friday.

Following a complaint, the Mylavaram police registered a case. The lorry was proceeding from Visakhapatnam to Khammam district when the incident occurred, said Nuzvid DSP B. Srinivasulu at a press conference on Saturday.

During investigation, it was revealed that the lorry owner gave the cash to his driver and asked him to handover the money to a merchant at Mudigonda village in Khammam district. When the lorry was crossing AP-Telangana borders, Satish, who observed the driver carrying the cash, allegedly informed the remaining gang members and planned the robbery, said Mr. Srinivasulu.

They came on a car, allegedly attacked the lorry driver and cleaner and reportedly took away the cash, said a police officer. Five COVID Care Centres to be made operational in Anantapur 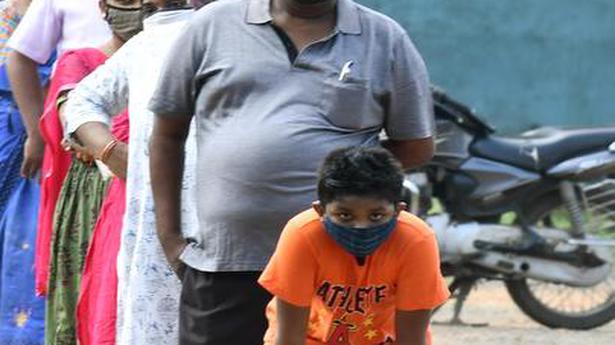