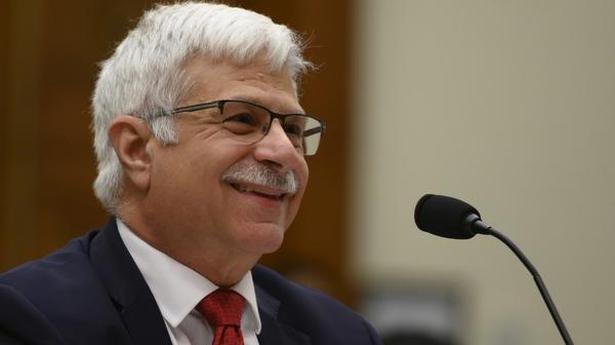 
U.S. Secretary of State Mike Pompeo announced the concurrent designation of Assistant Secretary Robert A. Destro of the Bureau of Democracy, Human Rights, and Labor to serve as the country’s Coordinator for Tibetan Issues.

The appointment of Mr. Destro to the position — established by the U.S.’s Tibetan Policy Act (2002) — was announced by Mr. Pompeo at a press briefing in Washington on Wednesday.

The position has been vacant since January 20, 2017 and lawmakers as well as the U.S. Commission on International Religious Freedom (USCIRF) had urged the Trump administration to fill the position. The coordinator is, by law, assigned to promote “substantive dialogue” between the government of China and the Dalai Lama, coordinate U.S. policy and projects on Tibet and help promote policies that protect the distinct identity of Tibet and safeguard human rights in the region.

“The United States remains concerned with the PRC’s [People’s Republic of China] repression of the Tibetan community, including the lack of meaningful autonomy, the deteriorating human rights situation in Tibetan areas, and severe restrictions on Tibetans’ religious freedom and cultural traditions within China,” a statement from Mr. Pompeo said.

“Special Coordinator Destro will engage Tibetan leaders and international partners and experts to address these issues. He also will carry forward the Department’s engagement with and support for Tibet’s global diaspora and their many courageous advocates for the protection of human rights, including the freedom of religion or belief,” he said.

Consistent with his obligations under the TPA, Mr. Destro will “lead U.S. efforts to promote dialogue between the People’s Republic of China (PRC) and the Dalai Lama or his representatives; protect the unique religious, cultural, and linguistic identity of Tibetans; and press for their human rights to be respected”, Mr. Pompeo said.

“He also will support U.S. efforts to address the humanitarian needs of Tibetan refugees and to promote sustainable economic development and environmental conservation in Tibetan communities on the plateau,” the statement said.

Last month Mr. Pompeo had urged Beijing to engage in dialogue with the Dalai Lama and his representatives “without preconditions”. The comments come at a time when U.S.-China relations are highly strained owing to trade issues and Chinese aggression in the Indo-Pacific. Residents demand action against officials for removal of idol

Changing the captain in the middle of the season creates pressure

Secularism cannot be protected unless there is strict separation of religion from politics, says Yechury

ISLAMABAD: Pakistan on Saturday rejected what it called “unwarranted” remarks by External Affairs Minister S Jaishankar at a recent virtual