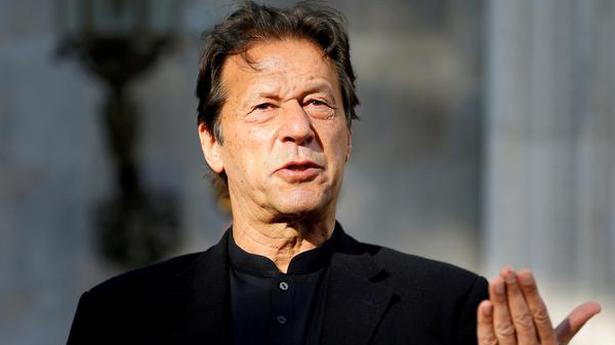 Telephone numbers linked to 10 Prime Ministers, three Presidents and a King appeared on the list of potential targets for spying by Israeli company NSO Group’s Pegasus spyware, according to reports.

France’s Emmanuel Macron, Iraq’s Barham Salih and South Africa’s Cyril Ramaphosa are the Presidents on the list. Pakistan’s Imran Khan, Egypt’s Mostafa Madbouly and Morocco’s Saad-Eddine El Othmani are the sitting Prime Ministers found to be on the leaked database, which also has seven former Prime Ministers, who were added to the list when they were in power.

None of the leaders provided their phones for forensic analysis to the media outlets that conducted the Pegasus investigation so that it could not be confirmed whether their phones were actually infected with the malware, according to The Washington Post.

The numbers affiliated with a former staffer of Tedros Adhanom Ghebreyesus, World Health Organization Director General, and Pavel Durov, the Russian tech billionaire who founded Telegram messaging app, are also on the list of numbers selected by NSO’s clients. The NSO maintains that it sells the malware, which can secretly unlock the target’s phone, computer or other devices, collect information and transfer it into another device without the permission of the user, only to government agencies to fight terrorism and other serious crimes.

The Israeli company issued a statement on Tuesday evening, saying “at least three names” identified by the media reports — President Macron, King Mohammed VI and the WHO director Tedros — “are not, and never have been, targets or selected as targets of NSO Group customers”.

“NSO Group will continue to investigate all credible claims of misuse and take appropriate action based on the results of these investigations,” the company said in a statement.

Forbidden Stories, a Paris-based non-profit organisation, and the Amnesty International got access to the leaked database and shared it with 17 media publications, including The Wire, The Guardian and The Washington Post. The Amnesty’s Security Lab provided forensic analyses and technical support, while the media consortium conducted the investigation, called the Pegasus Project.

Forensic analysis has shown that at least 37 phones were infected by the malware. Election strategist Prashant Kishor, murdered Saudi journalist Jamal Khashoggi’s fiancee Hatice Cengiz, Rwandan dissidents, besides journalists and activists in India and elsewhere, are among those whose phones were compromised.

Numbers belonging to President Macron and other French officials appeared amid a group of more than 10,000 numbers dominated by Moroccan targets and those in Algeria. The numbers for King Mohammed VI, Mr. Tedros’s staffer and former Italian Prime Minister were also found in that group. Morocco has “categorically rejected” claims that its intelligence services had used Pegasus to monitor critics at home and abroad.

Pakistan Prime Minister Khan’s numbers appeared in a group dominated by Indian targets, the Post reported. Mr. Salih and Mr. Hariri were found among numbers dominated by the UAE and Saudi groups. Pakistan’s government has said it is investigating whether a number used by Prime Minister Khan was compromised. India has rejected surveillance allegations, saying they have “no concrete basis or truth associated with it whatsoever”. Floyd family, supporters kneel in protest ahead of Minneapolis trial