The footfall at the Tungabhadra pushkar ghats saw a spike on Sunday with people thronging the place before dawn and at many places people did not give two hoots to the ban on ‘holy dip’ and found their way into the river water from places where there was no police patrolling.

Bharatiya Janata Party activists tried to defy the State government ban on entering the Tungabhadra waters by giving a ‘Chalo Tungabhadra’ call, but were stopped by the police and some of them who entered water at the pushkar ghats in the city, were pulled out and arrested.

Panchalingala was one place on the Andhra Pradesh-Telangana border where people crossed the river and took a holy dip and came to the ghats to offer prayers lighting lamps and decorating material offered as ‘Pitra tharpana’ with flowers. Majority of people, however, stick to the ban and had a shower bath on the specially built ghats.

Vishwa Hindu Parishad Kurnool leader Khaggolu Harish Babu alleged that the State government had spent too much of money on ghats and was interfering with the sentiments of devotees by not allowing them to have a dip in the river. “People in Karnataka and Telangana were taking bath in the same water and when it flows down to Andhra Pradesh, or the water that flows into river after a shower bath also can contain COVID virus and people can get infected, if one goes by the government’s logic,” he alleged.

Meanwhile, the Visakhapatnam-based Sri Sharada Peetham nominated successor peetadhipathi Swami Swatmanandendra had a holy dip in the Tungabhadra at Bichale in Karnataka, which is very close to Mantralayam on the other side bank of the river. He performed ‘japam’ for some time and then did ‘danda tarpanam’ by performing puja.

The Kurnool police personnel along with District Fire Department personnel, however, kept a vigil on the movement of devotees at all the ghats and none was allowed to enter water or come together in large groups. 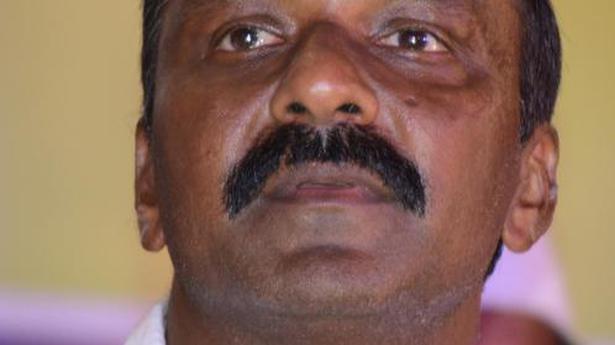 BJP alone can provide an alternative to ‘family parties’ in State: Somu