The temple of Sri Dharma Sastha, located at Sabarimala in the deep forest region of Pathanamthitta district in Kerala, combines the power and divinity of both Shiva and Vishnu. A multitude of devotees converge at the precinct of the temple and recite the mantra, ‘Swami Saranam’.  The word saranam, synonymous with the Buddhist chant, ‘Buddham Saranam’, signifies the selfless act of surrender. Having taken refuge at the feet of the Divine, he leaves the question of his welfare to God and remains content.

A visit to Sabari Hill is made after a period of preparation which starts 41 days in advance. When the Guru puts on the Rudraksha beads around his neck and applies sacred ash on his forehead, the preparations begin and the pilgrim starts observing austerities, discipline and detachment.  He now views every other person as manifestation of Dharma Sastha and he does not discriminate against anyone on the ground of caste, religion or region.

In other words, he qualifies himself as a true devotee of the Lord. The preparation is regarded as more important than even the actual visit.

Another feature of Sastha worship is the tradition of venerating Guru and adhering to his advice. It is the Guru who initiates the pilgrim, by garlanding him and later guiding him to carry the ‘Irumudi’, a bundle that consists of ghee-filled coconut at one end and essential puja items on other end. The Guru acts as friend, guide and philosopher and accompanies the pilgrim to his destination.

Another unique feature of the Sabari yatra is the 18 steps that lead to the deity. The 18 steps represent the 18 mountains surrounding this temple. They also represent five indriyas, the eight attributes, three interdependent gunas, qualities satva, rajas and tamas and vidya and avidya. The number 18 also represents the 18 chapters of the Bhagwad Gita and 18 sub-divisions of Puranas, Upa Puranas. One who climbs these 18 steps transcends to the higher state of realisation. A mosque nearby is frequented by Sabari devotees who offer prayers here.

After climbing the sacred 18 steps, when the pilgrim reaches the front gate of the temple, he first notices the Mahavakya, ‘Tat Tvam Asi’, ‘You are That’ inscribed above. The message is: The pilgrim is not a mere individual in search of material gains. He is the reflection of Brahmn, the eternal reality, ever conscious of his Self. He experiences the presence of Lord Dharma Sastha within. It is to prepare himself for the realisation, ‘You are That’, that the 41-day penance, restrictions and abstinence are prescribed.

As the pilgrim progresses towards the sanctum sanctorum, he finds Sri Dharma Sastha in his Shiva Yoga posture. The jnanamudra sign where the tips of the thumb and index fingers are placed together symbolises the union of Atman with Paramatman. The other fingers representing mind, body and intellect, remain apart.

When the devotee chants the different names of the deity on the hill at Sabarimala – Swami Ayyappa, Harihara Putra and Sabarigiri Vasa – his disturbed mind becomes steady and is concentrated on the deity that radiates grace all over. When the coconut he carried is consigned to flames, it symbolises that he discards his bodily attachments. When the ghee is offered to the Lord, it symbolises his merger with God. Having transcended to a higher state, the pilgrim now returns with a great sense of fulfilment. 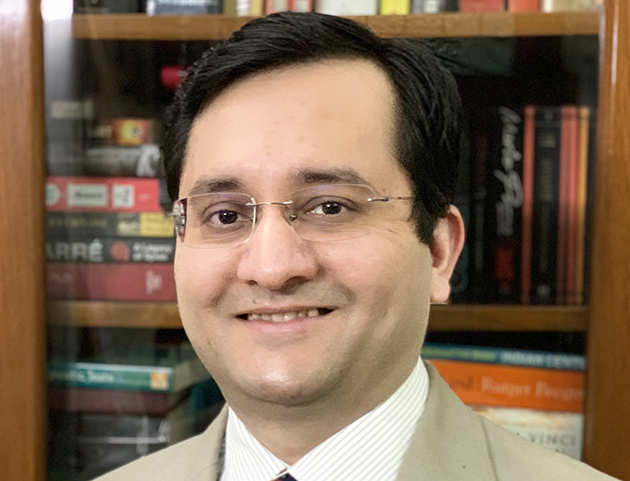