Actor and businessman Sachin Joshi has been remanded in judicial custody by the special Prevention of Money Laundering Act (PMLA) court, in connection with slum rehabilitation fraud case involving the Omkar Group

The Enforcement Directorate (ED) probing the case said, “Explanations provided by Mr. Joshi reveal that funds were received by him and his companies from various companies of Omkar Group. Part funds were shown as investment and part of them are shown as received against rendering of services. With respect to funds received as investment, Mr. Joshi said the same were towards development of land near Pune.”

The agency has contended that the term sheet of investment is simply used to disguise the real intention of diversion of funds received from Omkar Group of companies and park these funds on the behalf of promoters of Omkar Group. It can be seen that any prudent business transaction would involve definite black and white agreement about investment/utilisation of such huge funds.

According to the ED, Mr. Joshi has informed the agency that no actual slum rehabilitation work was done by him but he was involved in facilitation with the Omkar Group, where Omkar Group was to use his name and brand name in order to rehabilitate the tenants/settle with the tenants.

“From the cash flows of Omkar Realtors & Developers Pvt. Ltd. for various years it is observed that there are huge inter-company transactions with group companies including the companies from which funds have been transferred to the accused and his companies. Loans availed from Yes Bank have been diverted and Mr. Joshi has helped promoters of Omkar Group in such diversion for an amount of at least ₹87 crore,” the agency said.

War of words over suspension of goods trains to Punjab 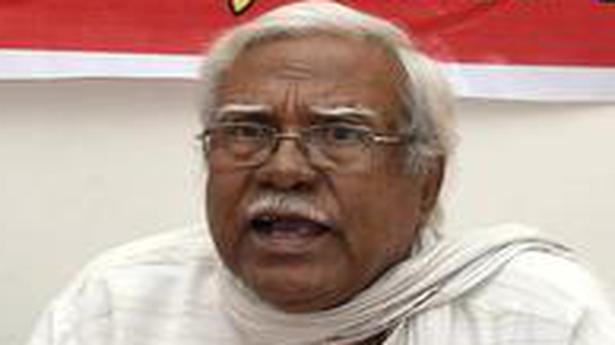