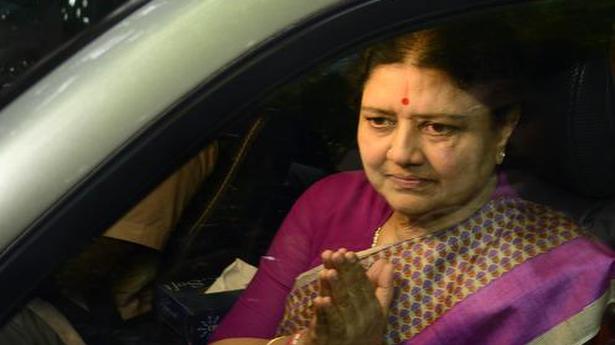 Sasikala has no immediate plans to return to Tamil Nadu, and is staying at a private villa near Airport Road

Expelled AIADMK leader V.K. Sasikala, who was released from jail recently, was discharged from the Victoria Hospital where she had been admitted for treatment of COVID-19 at 12 p.m. on Sunday.

Wearing mask and hand gloves, she was driven out of the hospital amidst heavy security. She has no immediate plans to return to Tamil Nadu, and is staying at a private villa near Airport Road. Her followers and supporters had gathered in large numbers near the hospital waiting for her discharge.

Victoria Hospital Medical Superintendent Ramesh Krishna K. said she completed 10 days of treatment on Saturday and had been asymptomatic and maintaining saturation without oxygen support for three days. “As per protocol, there is no need to test her before discharge,” he said.

She has been advised home quarantine for a week, he said.

After her release on January 27, Ms. Sasikala, close aide of former Tamil Nadu Chief Minister Jayalalithaa, continued to be at the hospital for treatment. She was admitted on January 21 after she tested positive for the pandemic.

Hospital authorities had said that she would be discharged on the 10th day if she was asymptomatic and free of oxygen support for at least three days.

“Ms. Sasikala is asymptomatic. She is conscious and alert. Her vital parameters are stable and her blood sugar is under control. She is maintaining saturation without oxygen and is walking with support. She is being continuously monitored,” the hospital’s bulletin released on Sunday morning said.

She was admitted to Bowring and Lady Curzon Hospital on January 20 after she complained of breathlessness and fever.

From Bowring, she was shifted to Victoria on January 21 after she was diagnosed of SARI.

Subsequently, her chest CT thorax showed features suggestive of severe respiratory infection and she was tested for COVID-19 again. She tested positive the same day. She was then admitted to the COVID-19 ICU at the Emergency and Trauma Care Centre, the designated facility on Victoria Hospital premises. She has been on treatment as per COVID-19 protocols since then.

SWM rules: KSPCB pulled up for not prosecuting officials 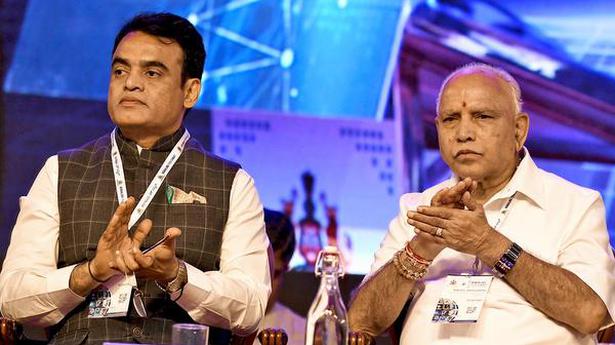 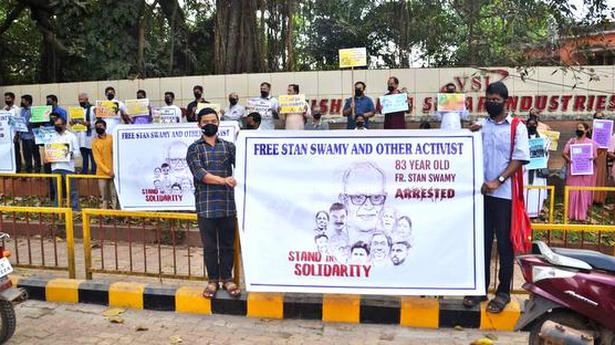 One thought on “Sasikala discharged from Bengaluru hospital”