A fine of over ₹10 crore imposed on late Chief Minister Jayalalithaa’s aide V.K. Sasikala in a disproportionate assets case was on November 18 deposited in a Bengaluru court and her release is expected soon, her lawyer said.

Meanwhile, Tamil Nadu Chief Minister Edappadi K. Palaniswami asserted that the anticipated release of Sasikala would not alter the stand of the AIADMK to keep her and her kin at bay, both from the party and the government.

“There shall be no change in the party stand regarding Sasikala,” he told reporters in Coimbatore.

The fine amount of ₹10,00,10,000 was remitted to the 34th City Civil Court, Bengaluru, by way of demand drafts, Sasikala’s counsel N. Raja Senthoor Pandian said. The court is now expected to send a communication to the prison authorities about the payment of fine, and “I expect her to be free soon, earlier than the scheduled release date of January 27, 2021,” he told PTI.

Citing remission norms for good conduct available for prisoners, he expressed confidence that Sasikala would be released “sooner than later” and legal processes related to it was on.

Sasikala’s two relatives, like her, are also undergoing simple imprisonment of four years in the assets case in the Parappana Agrahara Central Jail.

Mr. Pandian said the process to pay the fine for the two others was also being taken up.

In 2017, after the Supreme Court restored the Bengaluru trial court judgement in toto against Sasikala and her two relatives, V.N. Sudhakaran and J. Elavarasi in the assets case, the former Chief Minister’s confidante surrendered before the Karnataka court on February 15, 2017 and she has been serving her sentence since then.

With the death of Jayalalithaa in December 2016, the appeal against the former Chief Minister by Karnataka stood abated.

The trial court had in 2014 convicted Jayalalithaa and three others on charges, including corruption and criminal conspiracy, 18 years after the disproportionate assets case was filed against her.

In 2015, the Karnataka High Court set aside the trial court’s order convicting Jayalalithaa and three others. ₹59 lakh in cash, other assets unearthed during ACB raid 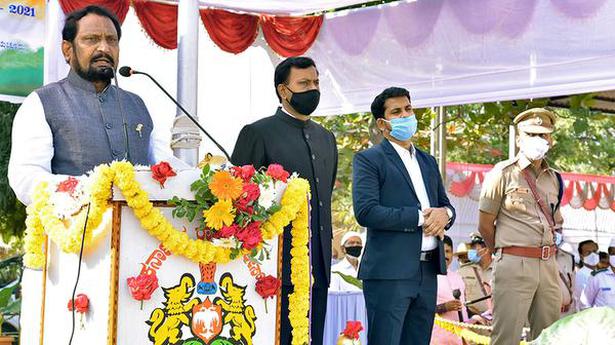