A stray dog rifling across a road in the dead of the night startling motorists and leaving either or both of them grievously injured or even dead has not been rare on the city roads.

The death of two strays and injury to another in similar incidents in her neighbourhood at Marine Drive during the lockdown prompted a Mumbai-based entrepreneur temporarily settled here to kick-start a campaign to put reflective collars on strays.

The Instagram-based campaign, CollarUpCochin, has since then become popular among animal lovers and communities feeding stray dogs. “It is actually an initiative to support a project called Silver Lining being run by a Delhi-based 15-year-old boy named Samarth Sarin whereby reflective collars are put on stray dogs, making them visible during nights. I buy these nylon ribbon-like collars with a clip and stretchable buckle from him at ₹20 a piece,” said Radhika Wakharkar, who also runs an animal welfare NGO in Goa.

So far, she has distributed 600 collars, thanks to the donations of her friends and supporters while another 700 are being awaited. Ms. Wakharkar has committed to donating 100 such collars a month to Animal Birth Control for Dogs (ABCD) programme of the Kochi Corporation since it undertakes many monthly surgeries.

“We sedate the animals for undertaking surgeries and therefore it is easier to put it on them. The collar is comfortable on the skin and is very effective at nights. But since strays are not accustomed to such alien objects, we found many of them to have shaken it off before long,” said Sonika Sathish, veterinary surgeon, ABCD.

Ashwini Prem, who runs an NGO, Oneness, is actively collaborating with the campaign and hopes that the collars would bring about a positive change in the attitude of people towards strays and create the impression that there are people who care for them.

District administration to act against misinformation on pandemic UNHRC | A work-in-progress campaign for rights 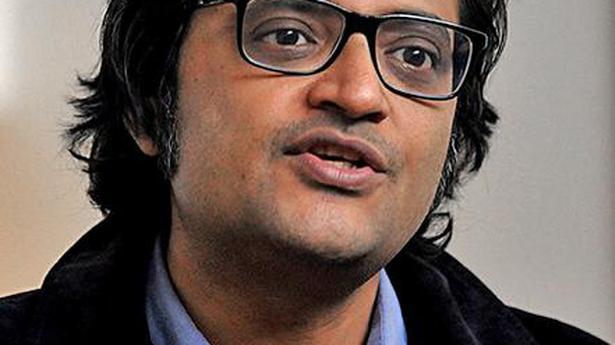 Republic TV can’t use ‘Newshour’ but free to use tagline ‘Nation wants to know’ as part of speech: Delhi High Court