Urban Development Department has approved Parking Policy 2.0, which says a fee is inevitable

Free parking is set to become a thing of the past with the Parking Policy 2.0 recently getting the stamp of approval from the Urban Development Department (UDD). This means that parking charges will be applicable in areas where they were not before, including in residential areas.

“The Directorate of Urban Land Transport shall prepare the Area Parking Plans in accordance with the policy. The Bruhat Bengaluru Mahanagara Palike (BBMP) shall implement the Parking Policy 2.0,” the order said.

For instance, noting that parking is largely unregulated across the city and on-street parking is rampant as it is not chargeable in most places, increasingly causing issues of safety for other road users and reduced carrying capacity of roads, the policy recommends a Residential Parking Permit (annual fee) of up to ₹5,000 for ward-level roads.

The policy document says the few locations where parking is charged are managed without coordination by the unorganised sector, and charges levied vary ‘as per whims of the operator’.

“The high parking demand seen on roads, especially in business areas, is not only due to the sustained spurt in vehicle ownership and population over the past decade, but also because of the inefficient public transport system connecting all parts of the city, poor pedestrian infrastructure, inefficient last- and first-mile connectivity, and absence of demand management measures, such as pricing of parking,” the policy says.

The BBMP adopted a parking policy for Bengaluru in 2012. But since its adoption, there have been several changes in the demand for parking, such as the commissioning of the metro, aggregator-run taxis, increasing popularity of micro mobility options, like shared cycles and bikes for last-mile connectivity, conversion of residential plots to commercial use, and infringement of residential roads by vehicles accessing nearby commercial areas, which makes a case for reviewing the old policy.

The new policy is touted as an attempt to move from “chaotic to well-organised parking”, free parking to paid, and from government-driven parking supply to market driven parking supply and management. It recommends schools staggering class timings to distribute the load experienced by roads during opening and closing hours.

Speaking to reporters on the sidelines of an inspection on Thursday, BBMP Administrator Gaurav Gupta said traffic congestion in the city has been compounded by illegal parking. Allowing parking only in authorised locations will help a great deal. “Already, automated parking has been put in place on five major roads. The same system is being incorporated on five more roads, and it will be ready by the end of the month. By May, a total of 30 roads in the city will have automated parking systems,” he said. 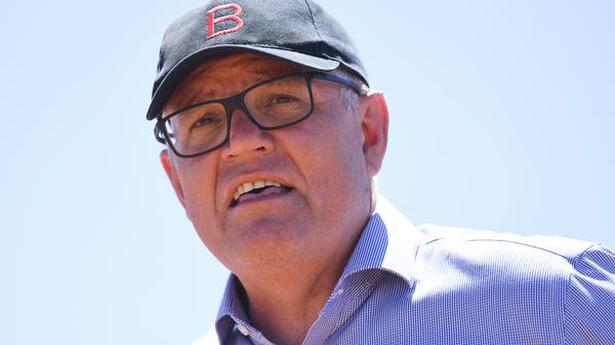