As part of its plans to increase coal production to 100 million tonnes per annum in the next five years, the management of Singareni Collieries Company Ltd (SCCL) is making arrangements to commence coal mining in 14 new mines over the next four years in addition to taking up expansion of four existing mines.

The plans were discussed threadbare at a two-day brainstorming session held here on Thursday and Friday. Chairman and Managing Director of the company N. Sridhar stated that but for the COVID-19 pandemic impact the coal production during the current financial year would have been nearly 70 million tonnes.

Along with the directors of the company, officials from mining, planning, estates, marketing, finance, personnel, purchase and information technology departments participated in the two-day meeting for working out strategies for the company’s future plans. Mr. Sridhar stated that the company would evolve its plans keeping in mind the coal and energy needs of the State and the country.

Stating that there was need to commence extraction of coal in 14 mines over the next four years, Mr. Sridhar suggested the officials concerned to work in tandem for getting several approvals and clearances for them along with expansion of four existing mines. Explaining the changes undergoing in the coal market, the CMD highlighted the need to improve the quality of coal as well as reducing the cost of production to be competitive.

It was suggested that the use of machinery and their working hours had to be increased further for reducing the production cost. Company officials stated that various types of mechanised shovels were working for 10 hours to 14 hours a day now and there was need to increase the work hours to about 18 hours a day.

Further, it was stated that the cost of coal production in the underground mines had reached about ₹9,000 per tonne this year (2020-21) and the company would benefit much if there is a reduction of the cost. It was decided to hold a meeting with the operators of heavy machinery not only to improve their work hours but also their productivity.

The brainstorming session had also arrived at a decision to work out an action plan to reduce losses in the underground mines, including improving the performance/capacity of side discharge loaders (SDLs). The CMD stated that the company had forayed into thermal and solar power generation to strengthen the company’s financial position and its longevity, keeping in mind the problems being faced by public sector units in the country. 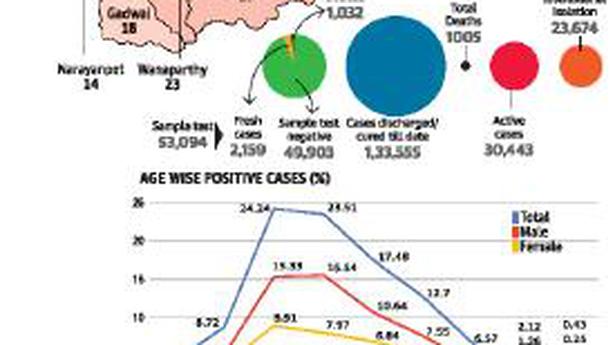