Kerala State Women’s Commission Chairperson M.C. Josephine has observed that discrimination between genders on the matter of wages is still prevalent in the State and called upon educated women not to let themselves be exploited by employers.

Speaking after a mega adalat of the Commission here on Monday, she said that a case in which teachers having experience of 18 to 25 years were paid a meagre ₹12,000 as monthly salary, was discussed at the adalat.

Six female teachers of a school run by a cultural organisation had approached the Commission complaining of exploitation by a representative of the management.

Commission member M.S. Thara told reporters that a higher secondary teacher in government service was interfering in the matters of the school on behalf of the management and was harassing the 25-odd teachers. “They were being asked to take part in meetings beyond working hours and on holidays. Foul language was being used against them when they questioned it. They have also not been paid salary since last March on account of COVID-19,” she said.

“Despite the Supreme Court order to form internal complaints committees in every institution where women worked and the supporting government guidelines, they have not been formed in many institutions,” said Ms. Josephine. The Commission has directed the headmistress of the school to form an internal complaints committee and submit a report to the regional office of the Commission within two weeks. Representatives of the school management have been asked to report in the next adalat.

Another case of moral policing was settled with warnings to persons not to interfere in the privacy of others. Of the 56 complaints received at the adalat, 11 were settled, while seven have been put on hold awaiting reports from different departments including the police.

The remaining complaints have been postponed for the next adalat.

Chief Minister Pinarayi Vijayan will inaugurate online the regional office of the Kerala State Women’s Commission in Kozhikode on Tuesday. The facility will be situated on the premises of the District Panchayat office at the civil station and will be the centre of the Commission in north Kerala. The centre will serve as a collection point of complaints as well as other activities of the Commission, said chairperson M.C. Josephine.

The formal inauguration will be held at the Collectorate Conference Hall at 12 noon on Tuesday which will be virtually presided over by Minister for Women, Children and Social Justice K.K. Shylaja.

The office is being set up during the silver jubilee year of the Commission. A logo of the silver jubilee celebrations, a women’s directory consisting of useful contact numbers and information for women, and a booklet on laws for the protection of women will be released on the occasion. 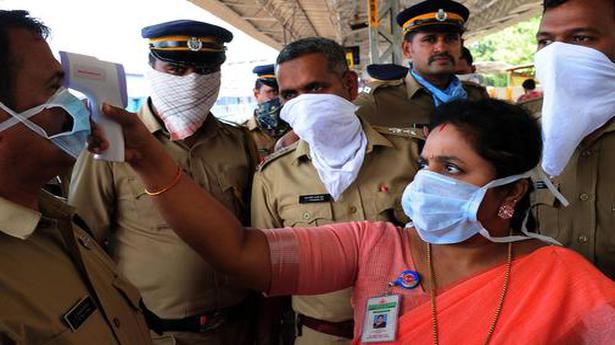