Schools and pre-university colleges will not reopen in Karnataka this month despite the Centre allowing States to resume classes from October 15 in a phased manner under Unlock 5. However, with the number of COVID-19 cases showing no signs of dropping, the State government is reluctant to reopen schools.

A meeting was convened on Tuesday by B. Sriramalu, Health and Family Welfare Minister, with officials from the Department of Primary and Secondary Education and the chairman of the COVID-19 Technical Advisory Committee. At the end of the meeting, Mr. Sriramalu said the Health Department will submit a report with a list of its recommendations.

A source in the Department of Primary and Secondary Education said they had asked the Health Department when it was feasible for schools and PU colleges to reopen. “We have also sought advice on which classes can be started first and what kind of cooperation can be expected from community representatives,” said the source.

According to a senior official in the Department of Primary and Secondary Education, more precautions need to be put in place to ensure the safety of students and staff. “We have not made any preparations for reopening schools. We have issued an SOP but that is not enough. Our schools need to adopt several precautionary measures, and it will not be feasible to do all of that in a week.” He added that parents, the department had consulted with, did not want schools to reopen so quickly.

The Associated Managements of Primary and Secondary Schools in Karnataka (KAMS) opined that the government should allow students from grades nine to 12 to return to the classroom after all safety measures have been put in place.

KAMS in a letter to the department also said that only three hours of classes should be allowed in the first month, and recommended a ban on gatherings or lunch breaks. They also said they would prefer to conduct classes on alternate days rather than adopt a shift system.

Schools have urged the department to ensure that COVID-19 tests are conducted on the school premises for staff, and to subsidise the cost of sanitisers and thermal scanners.

Incidentally, the Centre on Monday issued SOPs and guidelines for health and safety protocols for reopening of schools and learning with physical/social distancing. As per the guidelines, schools and coaching institutions can reopen after October 15, in a graded manner, which had to be decided by State governments. 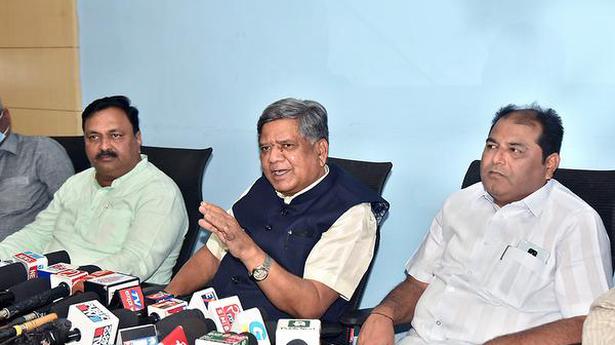